The Times and The Guardian suggested Tim Pears’ ‘The Redeemed’ as a recommended read for 2019. Some reviewers believe he’s the new Thomas Hardy because of his pictorial scene-setting. He will share his influences and inspirations during a talk at Shaftesbury’s Grosvenor Arms Hotel.

As a fellow of the Royal Society of Literature and recipient of many awards, Tim Pears’ work has been rightly recognised by literary luminaries. The Times proclaimed that Tim, ‘deserves a place among the best rural writers’. 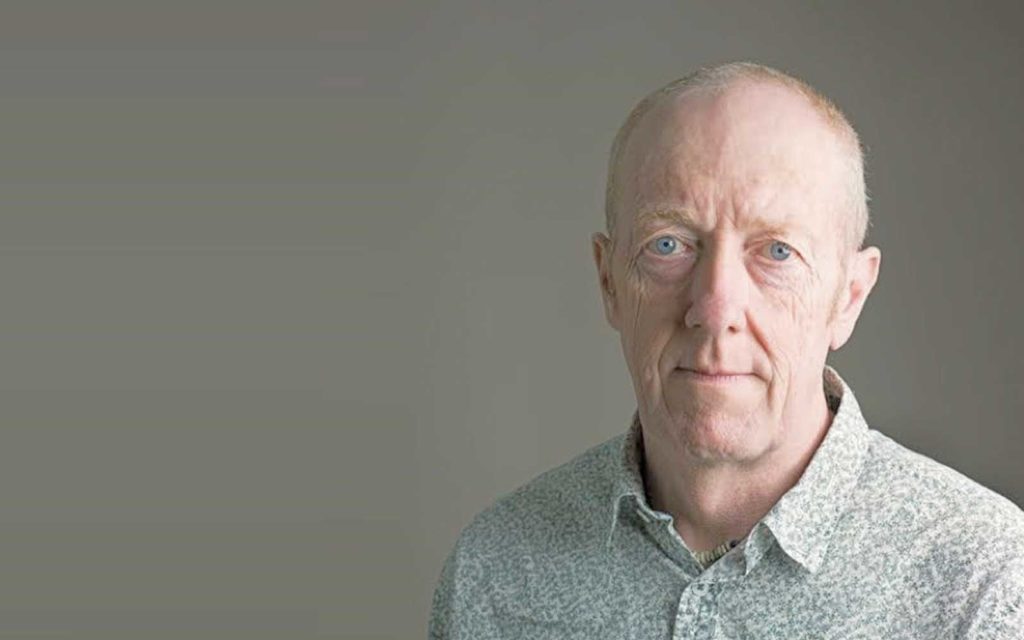 As Tim is coming to talk with a Dorset crowd, I hoped he’d take the comparison with Hardy as its intended compliment. “It’s a very strange thing because, on the one hand, one feels incredibly grateful to get any comparison with one of the greatest writers in the English canon. But at the same time, one wants to be oneself,” said Tim generously. “I just learned that Thomas Hardy, when he was first published, was compared to George Eliot. He took umbrage at this and declared that he had never read George Eliot and quietly got rid of the books of hers on his bookshelf!”

Tim won’t be burning his Hardy novels yet. “My wife would not allow it,” he joked, adding that he has never been an avid reader of Dorset’s best-known writer. “Only because I left school at 16 when I should have been doing ‘A’ levels, possibly a degree in English literature and taking on board the great writers that have gone before. I was a magpie. I was making my own discoveries in a random way. There are terrible gaps, I’m afraid, in my knowledge.”

Tim’s Westcountry trilogy is set in his home county of Devon, during the period around the First World War and heavily features horses. It seems that I was on safer turf when I mentioned thematic similarities with Michael Morpurgo’s work. “Warhorse has become ubiquitous in our culture through not just his book but also the stage production. One only has to say the word ‘Warhorse’ and it acts as shorthand for what we know happened to so many horses in the First World War, that were shipped out to France. Even if they survived the war, they never returned,” said Tim, in reference to the former children’s laureate. “He had a farm in Devon and wrote a lovely book about the farming year and the different work that took place on this farm through the seasons. That was a bit of an inspiration for me when I was writing this trilogy.”

Tim believes his Westcountry connection is important in his writing. He lives outside the region now, but the Southwest seems to encourage his creativity and sharpen his descriptive writing more than other areas of England. “I now live in Oxford and I have lived here for many years. The most difficult book I’ve written was the one set in Oxford. It’s so hard to see what you see every day with fresh eyes. My first book was set in the Devon that I grew up in. Then I moved away and I wrote different stories set in different places and at different times. Partly what drew me back to Devon, Somerset and Cornwall, where the trilogy takes place, was a yearning to go back,” said Tim.

He explained that he was unable to move back to the Westcountry for various reasons. “Going back there in the imagination, even if I couldn’t go back to live there physically, gave me a certain drive in writing. I’m 62 now. If I had moved back to Devon in my mid-50s, I would never have written this trilogy,” he said.

As well as penning his own novels, Tim has coached and developed aspiring writers through creative writing workshops at home and abroad. “When I first started doing it, another writer, who I’m not going to name, said, ‘I’ll give you some advice. If you have a group of aspiring writers try and work out who the most talented one or two are and do everything in your power to put them off completely. The last thing we need is competition, darling’, she said,” laughed Tim.

If you’re attending Tim’s session at The Grosvenor Arms Hotel, you will be able to ask the author to share his writing processes, although he believes that true talent isn’t taught. “I don’t really believe that there’s such a thing as craft in art, beyond the most basic elements of punctuation and grammar. What actually makes a piece of writing move into the realm of art is style. It is something you can’t teach. All you can do is respond to what an aspiring writer is doing and possibly steer them in a direction and give them encouragement,” said Tim, as he remembered a creative writing holiday he attended in France.

“I was co-tutoring with Louise Doughty, who is a wonderful writer and a lovely woman. She would teach a workshop and I would teach a workshop. She had a very different approach to me. She was telling these aspiring writers, ‘What you need to do in chapter one is introduce the main protagonist. Introduce the secondary character in chapter two. In chapter three, you create the first obstacle to their relationship’. She had rules. Somebody would ask me, ‘How do you develop the plots?’ And I would say, ‘What do you think?’ I looked at Louise and thought, ‘How can she be so sure about these things?’ And I’m sure she looked at me and thought, ‘This man’s an idiot’. What I realised halfway through the week was that half the people on the course were gravitating towards Louise’s certainties and half were gravitating towards my rather chaotic dance. We have all got to find our own way,” smiled Tim.

Tim has experience in another area of storytelling. “I made a few little films in my 20s and went to the National Film School. I certainly was hoping to combine directing films with writing. I didn’t have the talent necessary to be a film director. I happily concentrated on writing,” he said.

I asked Tim whether his ability to create pictures in the reader’s mind comes from his film study. “I try to create an image for the reader, so they can really see what’s being described. That would be a similarity. The difference is in terms of the working process. Even now, I miss working with other people, collaborating with technicians and actors.”

Tim will be interviewed in the Grosvenor’s upstairs Assembly Room for his forthcoming Shaftesbury event. “I imagine I’ll read a section from this trilogy, then we’ll have a conversation, after which anybody who’s there with questions or points that they want to make can join in as well.”

Tim says one of his most frequently asked questions is how he writes. “Do you write with a pen or on the computer? That’s a very common question, which I completely understand. I wish I could say I wrote on a typewriter,” he said.

I had to ask him whether he favoured paper or the PC. “I write with a pen but then I put it onto the computer and that becomes a second draft. I love the feel of ink, seeing the ink go on to the page, crossing things out on the page in front of me and writing in the margin. I find that beautiful. The cleanness of working on a computer, when you can delete what you don’t want, looks a bit too finished if that makes sense. It’s just what age you are. Obviously, anybody under 45 wouldn’t have that kind of problem. Us old farts are getting older,” he laughed.

Tim Pears’ talk is at 7pm on Thursday 17th October. Tickets are £10. You can book on the hotel website. “I hope we’ll have a really interesting and involving evening, discussing these books about the Westcountry and possibly, if they haven’t read them, they might want to go away and get them from the library and have a read of them,” said Tim.