Residents living in a secluded and historic part of Shaftesbury want the Town Council to take on their road maintenance because of safety concerns.

Armoury Yard off Victoria Street is currently unadopted. That means that the Town Council doesn’t have the authority to improve the poor state of the access route. The Army Cadets and North Dorset District Council currently share responsibility for some of the land, which includes the Cadet Hall and five garages rented out by NDDC. There are six homes accessed from the yard. 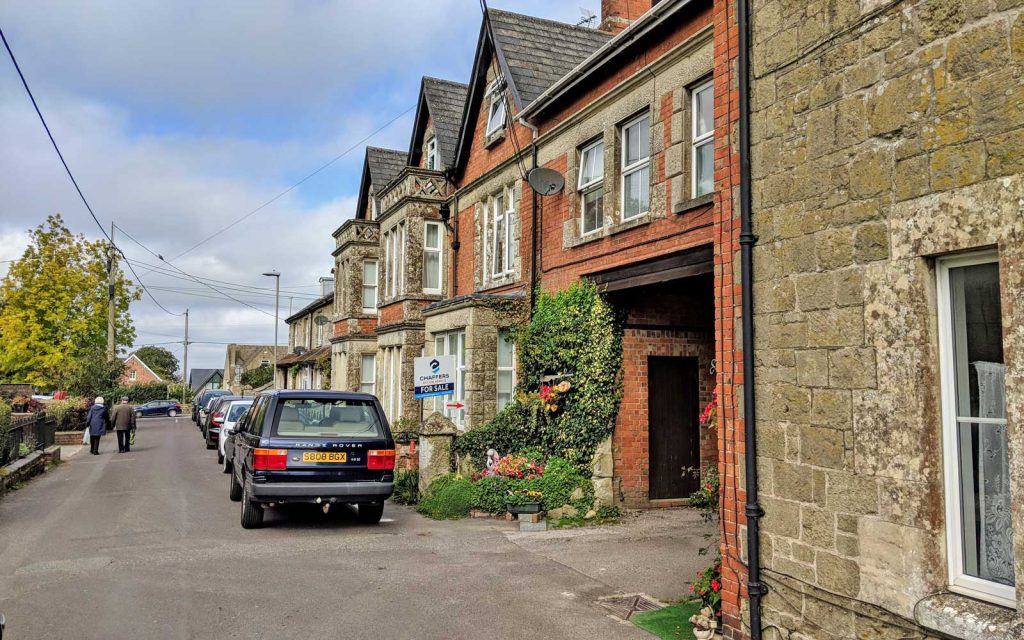 At Tuesday’s council meeting, resident Janie Locke explained that elderly and visually impaired residents find the surface difficult to walk over, particularly when it’s wet. “We haven’t got any hidden agendas at all. It’s just humanitarian. We just want an access way for these lovely people,” Janie explained.

Shaftesbury Town Crier Cliff Skey lives in a flat overlooking the yard. He accompanied Janie and half a dozen fellow residents to the Town Hall meeting. Cliff said that it’s proof of the yard’s strong sense of community. “It is nice. We all help each other,” he said.

During the debate, some councillors cautioned that by taking on this roadway, Shaftesbury Town Council could set a precedent. Residents of similarly unadopted land could request that the council maintains their routes too. Costs could quickly mount.

Town Clerk Claire Commons told ThisIsAlfred that the Town Council has requested a transfer of the site from North Dorset District Council and they appear amenable. Claire said that difference with Armoury Yard is that the Town Council could collect the garage rental income and that should cover the maintenance costs. “That’s what makes this unique,” said Claire, adding, “I would urge that for any request for us to take on public land, we look carefully at what liabilities are connected with it as well as any opportunities there are.”

Standing inside the yard, looking back through the archway that runs under the three storey red brick terrace on Victoria Street, the inferior road surface is evident. The street is tarmac. The yard is covered in loose chippings and gravel. 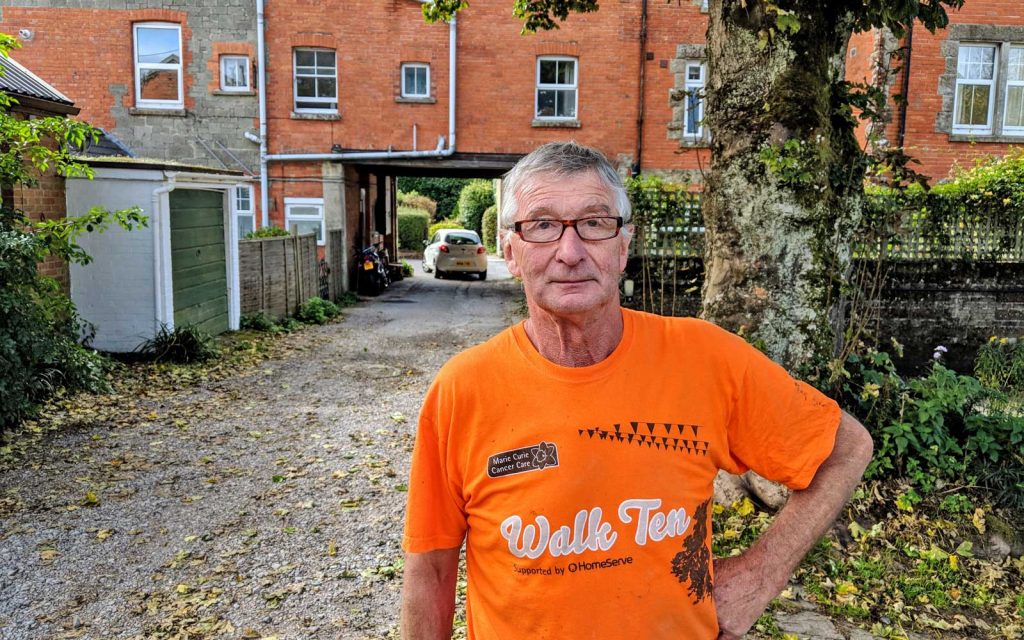 “This is the problem,” said Cliff. “There are bits of concrete where they’ve tried to mend holes and where the Water Board have dug trenches. When it rains, there are lots of potholes that fill with water and there’s no drainage. It’s such a nasty place to walk along.”

The branches of a lime tree spread out over the entrance to the yard and that creates a potential problem, too. The council meeting heard that if a tarmac surface was laid, the tree roots could break it up.

The Town Clerk says more research was necessary. “I’ll be looking at a couple of different options. Tarmac has been requested by some of the residents because that makes the easiest, safest surface for them to walk across. We need to take other things into account. There are tree roots into the ground and they could lift the tarmac and presents more problems than we already have at the moment,” Claire explained.

Janie accepts this. “I think if we do get a road surface then the tree roots are a consideration we have to look at,” Janie said. She wants the whole access area surfaced, rather than a strip of path. That’s been tried before and it wasn’t a success.

Cliff says most residents would prefer it if the lime tree was removed. “It’s a horrible lime tree, which drips catkins that stick to your car and your windscreen,” Cliff said. “The tree was looked at six months ago. The tree surgeon said there was a problem with it and it will eventually fall down because of the disease in it. We want it to go anyway.” Cliff understands that the lime tree has a preservation order placed on it. “It is supposed to be a listed tree in Shaftesbury but only about seven people can see it. Nobody comes to look at it,” he said. 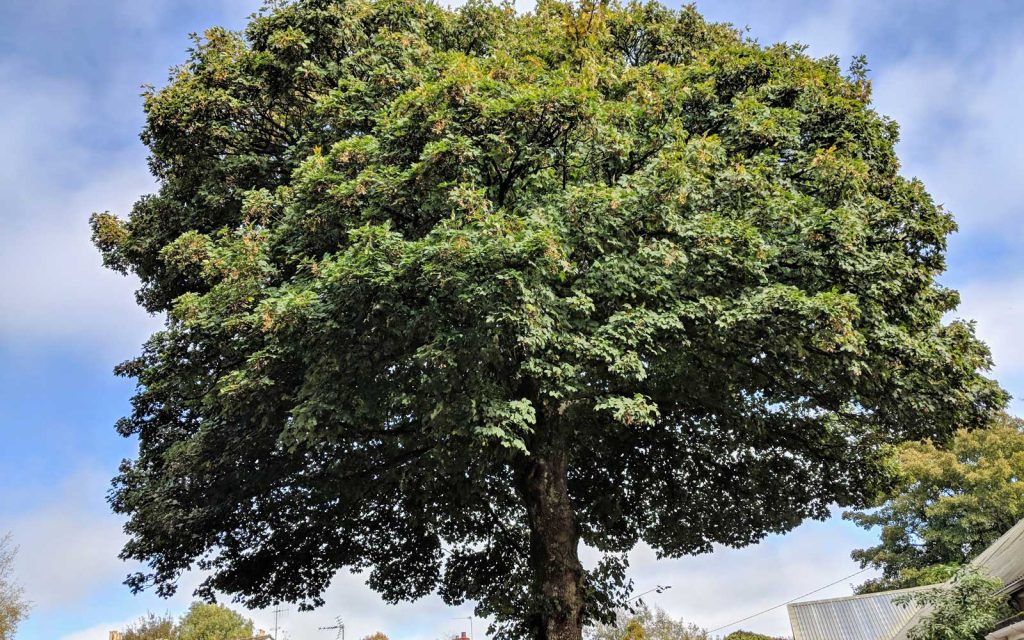 If the Town Council do take on the land and the remedial work is undertaken, Janie says more could be made of this historic site. “We do believe it’s a hidden gem, with its history,” Janie explained. “We need to work with the museum and the Historical Society to try and get all the bits of the history together. I’ve heard from a neighbour who is, unfortunately not with us any longer, that there were two guns pointing out of the cadets’ building!”

Janie would welcome tours and signage to explain Armoury Yard’s name and the role it played. “We’d love to have the children coming in from schools to see it. We want a storyboard, once we’ve done the history. I think it would be great,” said Janie.

Cliff says he’d be grateful if people could send him photos of the yard in the past. “I have seen a photograph from the First World War with soldiers marching up and down and vehicles driving in and out. As you come into the yard you have sheds on the left. They used to contain munitions and guns and it was a gunpowder store. My flat, which is above the arch, used to be the old officers’ mess and the sergeants’ mess was the flat on the other side,” said Cliff. “The building at the end used to be the motor pool where they repaired the lorries. The five garages are where they used to store the military vehicles of the TA,” he added.

Highlighting the yard’s past is for the future. But an improved road surface and the fate of the lime tree may be decided soon. The Town Council could take on the road maintenance, if all goes well with the legal work, by the New Year. “We’re looking to try and conclude negotiations and transfer by Christmas,” explained Claire.

The residents didn’t get a definite ‘yes’ on the night, but Cliff, Janie and their neighbour Chloe Potts said that they were satisfied that councillors had responded to their plea and that work appeared to be in progress.