Residents of St James are counting the cost after a van collided with a number of parked cars in the early hours of Wednesday morning.

Five vehicles have been damaged and some of them have been written off by insurers. Although locals have been disrupted and face financial losses following the incident, the residents that ThisIsAlfred spoke with felt that St James’ strong community spirit has helped them deal with this unsettling event.

Alan Booth had a rude awakening on Wednesday morning. “It was around about 2.45am,” he recalled. “The smash woke me up, but I didn’t consciously hear it. What I did hear was the sound of over-revving of what I thought was a car. I looked outside the window and I saw a car to the left of our bedroom window, where the hazard lights were going. And there was a car alarm going off. It then stopped and so did the hazard lights. I almost didn’t think much more about it. Then I went to look out of the other bedroom window and I saw my company Mini, which was right outside my bedroom window, with a van parked in its posterior.” 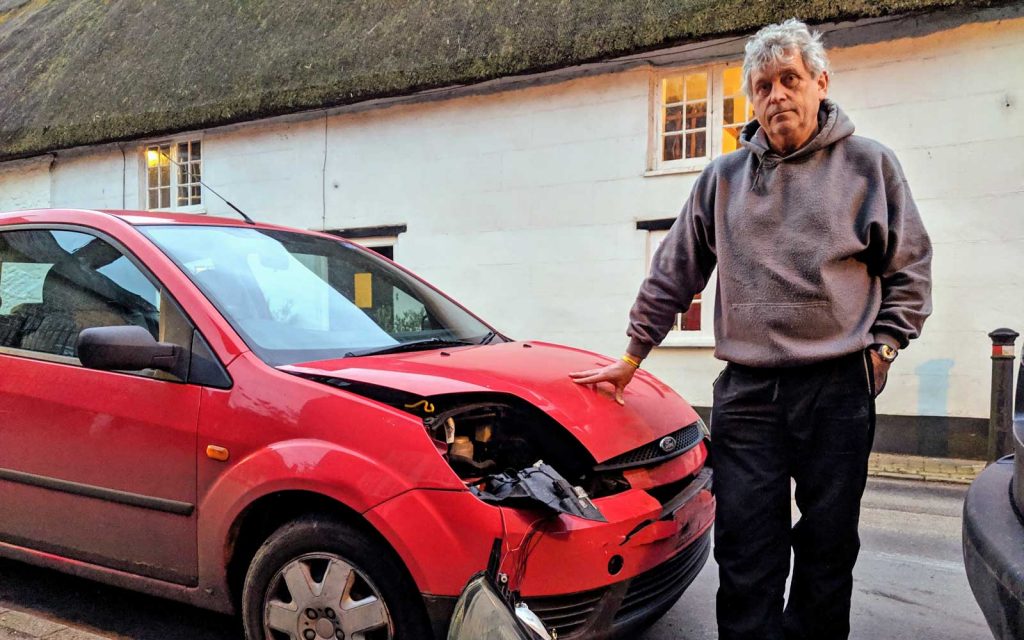 Alan says it was a surreal experience. “It was slightly odd. There were people wandering around outside in dressing gowns, with their mobile phones and torches going and taking photographs. So I thought I ought to go and join them. Quite an odd scene, really,” said Alan. “It was a bit like Rip Van Winkle. There was all this carnage outside and two guys in the van, who were in a bit of a state trying to sort the mess out.”

Residents called the police but it took a while for the officers to arrive on the scene. “They actually came from Ferndown. I suppose when they were being called it was pushing three o’clock. They would have arrived about 35 or 40 minutes later. They got here, probably, as quick as they could,” said Alan.

Neighbour James McMillan says the Police had to reopen the street, which was impassable when they arrived. “They did a great job and they were very efficient. They got the van that was blocking the streets removed, which was about five o’clock in the morning. It had hit the back corner of the third vehicle, corner to corner, so there was only enough room for a bicycle to pass St James Street,” said James.

“The police were very calming. They were very understanding,” added Alan. “They didn’t stress anybody out. They understood the situation and they dealt with it so calmly and collectively and ordered the truck to come and take the van away.”

Alan’s two cars were written off. One was his personal vehicle, a Fiesta. The other one was his company car. “It’s a brand new Mini. I only received it halfway through January. It’s barely done 2,000 miles,” he said.

Alan says he needs a car for his work. “I’m a training consultant. We train apprentices in the hospitality, care and early years sectors. My job is to drive around the Southwest region, anywhere between Portishead and Hastings, to visit apprentices on site and help them with their functional skills, which is English, maths and ICT. I can’t work without it,” he added. 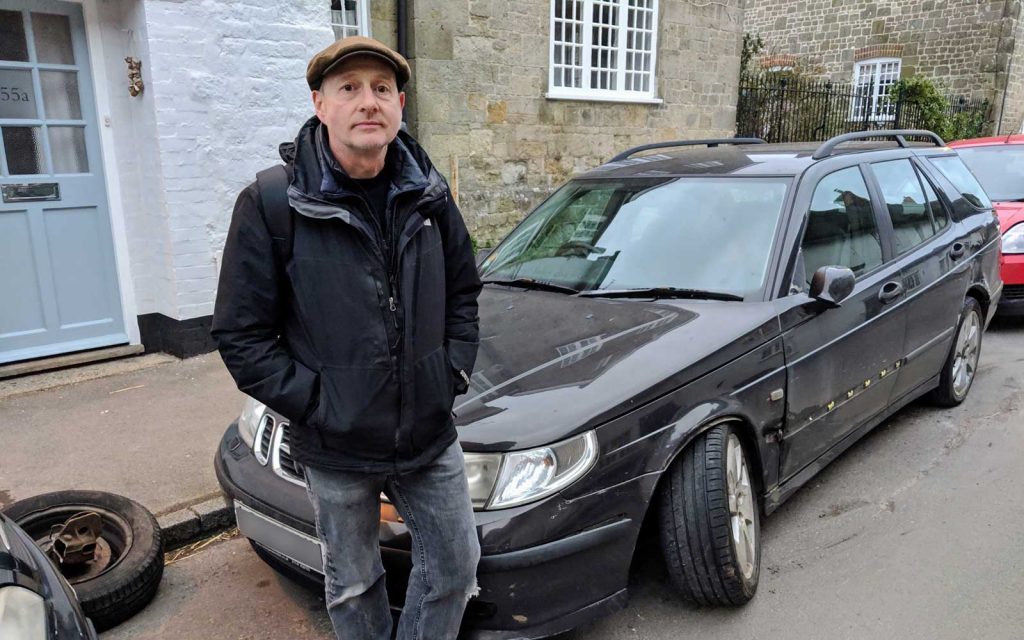 James  lives opposite Alan and his car has sustained damage. “It’s probably a write off. It will be picked up on Friday and will be assessed. In the meantime they’ll give me a hire car and we’ll just wait to see what happens. I’m hoping that they’ve got insurance because obviously that will complicate things,” he said.

James, a professional photographer, took pictures of the aftermath. He’s sent those images of his car to his insurers. “Its front suspension and wheel are damaged and it’s basically a write off. All the panels are hit on the passenger side,” he said.

Alan says the unsettling event did bring out a strong sense of community spirit. “I’ve been in this street for over twenty years now. That sort of collective spirit has definitely grown through the years,” said Alan.

James added, “We’re all a close-knit bunch down here anyway, but I think you always have to pull together when there’s a little bit of a crisis and hopefully everyone will get their cars sorted pretty quick.”

Dorset police have confirmed that they were called out at 2.55am today to reports of a road traffic collision in St James Street, involving a white Renault Master van that was in collision with several parked vehicles. No injuries were sustained and no arrests have been made. They say an investigation is underway.