Shaftesbury Teenagers Build A Sensory Garden On The Eastern Development

A group of thirteen Shaftesbury teenagers will transform an area of open space at Great Ground, off Wincombe Lane, this week.

The project to build a sensory garden is part of the National Citizen Service programme for 15 to 17-year-olds. The plan has involved a rapid makeover process, as group member Dannan White explained to Alfred. “We had one week to plan it and one week to execute it. It’s just been hard work,” she said. 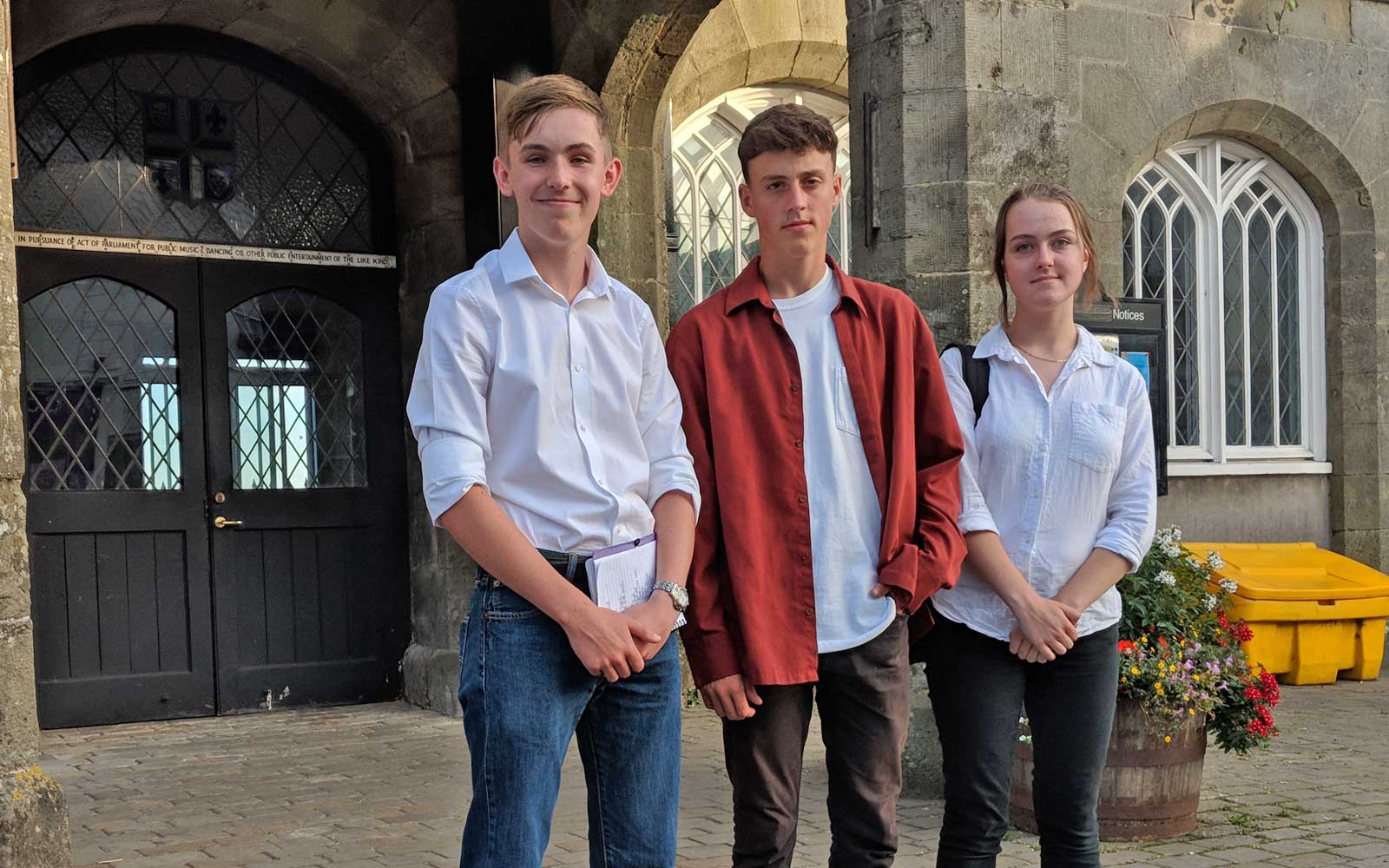 Dannan says that this project is the final stage of a packed schedule of events the group has undertaken as part of the NCS initiative. “It’s a four-week programme for young people. We spent one week on a residential course. We went on a PGL camp at Liddington, to do outdoor activities like abseiling and climbing. In week two, we went to Kingston Maurward Agricultural College for skills-based activities. In the third week, we planned our social action project. This week, week four, we are executing this project for a community garden in Shaftesbury.”

The group has been required to devise and deliver a project that has a lasting, sustainable impact on the community. They’ve chosen to transform this patch of land on the Eastern Development using mostly recycled materials. When completed, the space will offer seating created from repurposed wooden pallets and handmade birdfeeders will be placed around the park.

“We’re starting off with some basic flowerbeds, a wood chip pathway and strong smelling plants including lavender, herbs and perennials. We’re looking at sensory boards with different textures and we have recycled tyres, which we will also make into flowerbeds,” Dannan explained.

Additional elements, including wind chimes and a xylophone made from PVC piping, will be added to appeal to younger children. The group has received advice from a nearby resident who is a member of Shaftesbury in Bloom.

Jacob Kelleher says that the group has researched potential demand for this garden. “We contacted Little Giants, the club for disabled children that is run at the Youth Centre. They identified the need for a sensory garden. They were asking for donations. We saw that there was a gap and that we could build a garden for the children where they could be safe and enjoy themselves with their parents.”

The group had intended to create their garden on Castle Hill but that site’s heritage status proved problematic. “On Castle Hill, because it is historic ground, you can only plant flowers. That is a big part of the sensory garden but we wanted to use recycled material,” explained Harry Brewer.

The group will display a poem across a wall at the back of the Great Ground site. “It was written by a member of our group called Finn,” Dannan said. “He spent several hours on the poem. A member of the NCS came in and they want to put it up in their London headquarters. They must have liked it a lot!” she said.

“We have a GoFundMe page. Our target was £300 and we’ve already reached £180 in five days. We’ve also had donations from shops including Homebase and Orchard Park. Hopefully, we will get more from the other companies that we’ve contacted,” Harry added.

Councillor Luke Kirton commended the group on their initiative. “I thought it was fantastic. They spoke with intelligence, with confidence and they had done their homework. They had spoken to the residents. They have sourced the materials that they want to use, they sought permission and they want to get on and do it. It was just refreshing to get that at the Town Council. It’s improving a pretty forlorn open space. It’s fantastic,” said Luke.

During their presentation, the teenagers express their preference for vibrant colours. But Jacob says they’ll now reassess the extent of their planned use of bright paint after Councillor Kirton advised that those tones might prove uncomfortable for some children who are on the autistic spectrum.

“The science behind nature is that you calm down when you sit in nature. That’s because of the natural colours around you. To pile on artificial colours in the middle of a natural environment is a jarring experience. Some people can’t cope with it. I don’t think we need vibrant colours but it is not a big issue. If they have one or two things which are vibrant in colour then it will probably make it better,” Luke said.

In the meeting Luke also advised the NCS group to address the future maintenance of the site and he encouraged the volunteers to foster a sense of community ownership. He felt they’d mostly addressed that concern.

“To a degree. The process they have gone through, by talking to residents and with having an open day on Friday, means that people will engage with that space. The idea is to encourage it afterwards. That will come down to speaking to [the developer] Persimmon. The town Council is looking at taking over that site, anyway. Eventually it will be ours so it will be our responsibility. We want community ownership. We want people to feel that it is their space because that means it doesn’t get vandalised,” Councillor Kirton said.

The open day takes place this Friday, 27th July. “It will be between 2pm and 6pm at the Great Ground Park and everybody is welcome,” said Harry.

You can donate toward the project, here.