If you want to know where and when you’re most likely to find a parking space in Shaftesbury Town Centre, the Town Council has the answers.

Councillors have debated a new £4,200 parking study by experts Aecom that will be used in preparing Shaftesbury’s Neighbourhood Plan, the blueprint for future land use in the parish.

Neighbourhood Plan member Stuart Edwards says the group needed up-to-date data after parking was raised as an issue in their consultation exercises. “The most recent parking study before this was carried out in 2005, and we felt a lot has happened since then. We’ve obviously had the expansion of the town to the east and the Cattle Market has been closed. There’s more use of cars generally and probably more tourism,” Stuart said.

The survey looked at the available parking spaces across Bell Street, Angel Lane, Tesco and Barton Hill car parks. The consultants undertook vehicle counts and monitored how long people parked on a Thursday and a Saturday in November. North Dorset District Council also provided the experts with pay and display ticket information for their car parks on dates in March, June, August and November. Finally, Aecom assessed on-street parking availability. 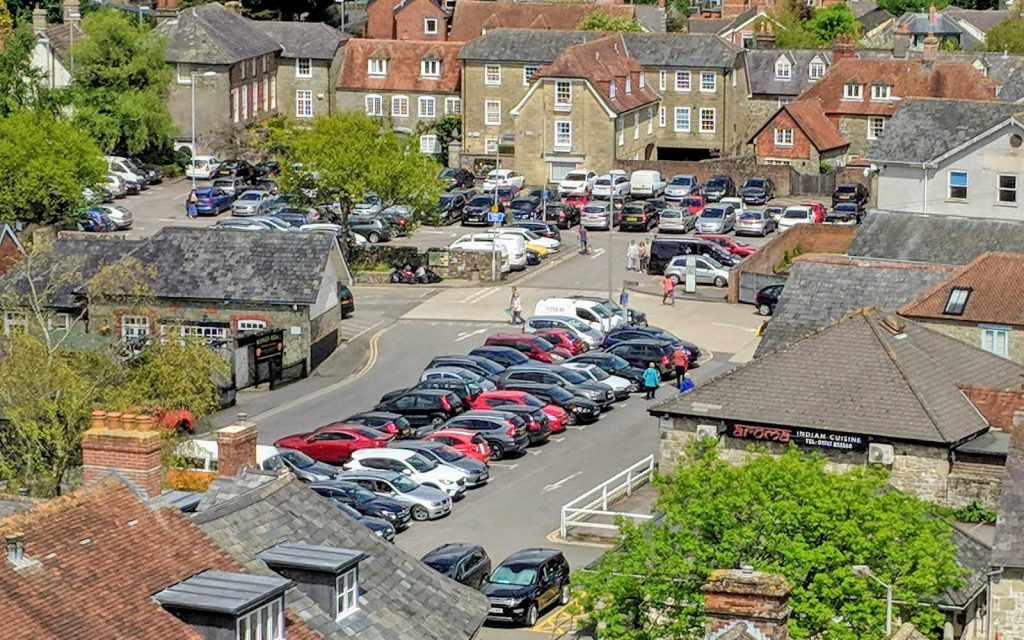 The survey findings brought few surprises. “Car parking is in high demand and it’s heavily used,” said Stuart. “That demand has increased since 2005. The peak times are generally between 11am and 1pm. That is when the car parks tend to be full. Interestingly, it tells us that there isn’t a lot of seasonal variation. We might have thought that there would be,” said Stuart.

Bell Street is the busiest car park. Its 150 spaces were all full from 11.30am until 1.30pm on the survey Saturday and until 1.00pm on Thursday. It was full for longer, later into the afternoon, on a Thursday in August, which was monitored.

Angel Lane has 51 unrestricted spaces and had availability each day but it was close to full on the Saturday lunchtime. The free, 72-space Barton Hill car park had room throughout the survey but was close to full during the mid-morning and lunchtime period on the Thursday.

So Barton Hill seems to be a driver’s best bet for finding a space. “It is obviously a little bit further away from the town centre, but at the same time, Angel Lane has sometimes got more spaces than Bell Street.”

Stuart says this finding does support one of the experts’ traffic management ideas for dealing with parking capacity. They have suggested electronic signs that show the number of spaces. As Bell Street seems to fill up first, electronic signs could suggest alternative parking at Barton Hill or Angel Lane.

“People will have seen this in other towns that they visited – what the availability of spaces is in the publicly owned car parks so that people can find spare places more swiftly. Obviously, if there’s over-demand as a whole, that’s not going to be the entire solution, but for many times of the day, other than the peak times, it’s more an issue of the distribution between the car parks rather than an absolute shortage.”

There are 283 on-street parking spaces in the town and Aecom believe that kerbside parking is at overcapacity. They noticed illegal parking on double yellows. They also reported that 32 vehicles were left in the area reserved for coaches and buses next to the football club.

Better enforcement could help. “People are concerned about congestion as well as parking and in some instances, people parking illegally is adding to the congestion problem,” said Stuart. The study also confirmed that people were parking where they should not on the High Street. “There is a question whether we need more enforcement, particularly around The Narrows, where parking can obviously have a major impact on the flow of traffic,” Stuart added.

The experts also floated the idea of an integrated transport strategy for Shaftesbury. Stuart says that would involve considering sustainable transport practices. “Are there things that can be done which would encourage people to walk or cycling as an alternative to bringing their car?” he asked. “That can’t be the whole solution, but it might contribute.”

The report suggested that the car parks closest to the town centre, at Bell Street and Angel Lane, could have their maximum stay reduced, creating a greater turnover. Drivers can currently park for up to four hours at Angel Lane but around half of drivers park there for less than one hour.

Stuart is cautious. “I think there are swings and roundabouts in this. Shaftesbury is quite dependent on its tourist trade, and sometimes tourists, if they’re going to take full advantage of the historical sites and the shopping, might want to stay for longer. I think there needs to be a degree of flexibility and I think that probably needs to be talked through further.”

Tesco cut their maximum length of stay from three to two hours before Christmas and the survey would suggest why the supermarket did that. Their 228 spaces were all taken on the Thursday of the survey, between 10am and 1pm. 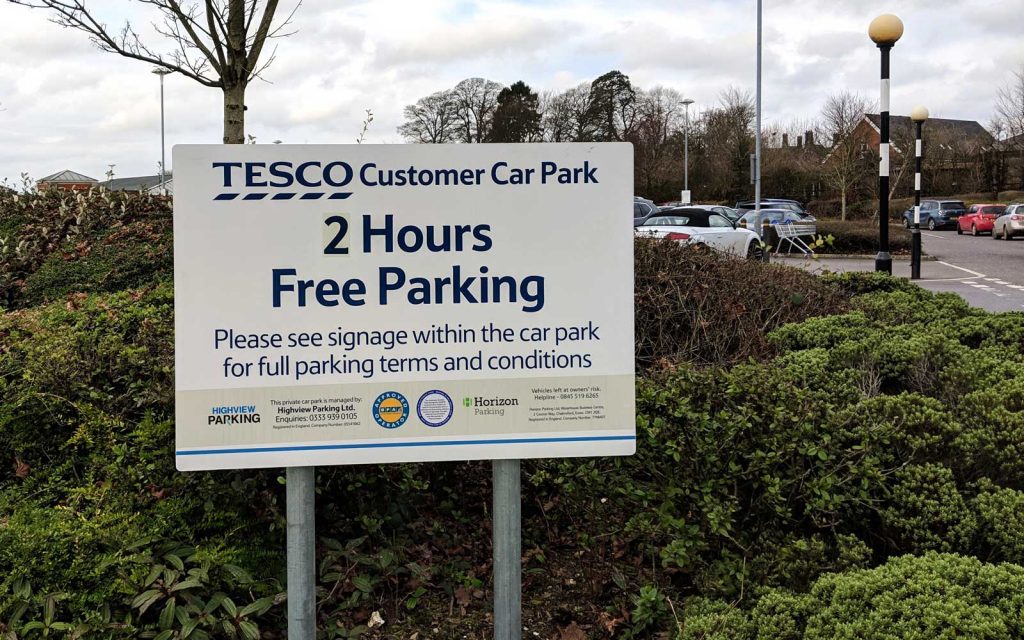 Aecom says that Thursday parking demand at Tesco had increased by 37% since 2005. On the Saturday of the November 2018 survey, there weren’t enough spaces at the store between 11.30am and 12.30pm.

The loss of free car parking at the Cattle Market site could account for those spaces being squeezed. Lidl wants to build on the land and is proposing 90 minutes of free parking for their store’s customers. They also say that 0.6 acres of the Cattle Market land they bought may not be required. Some town councillors have suggested negotiating the use of that land for car parking.

“I think we’re trying to put a bit of pressure on – to say there’s a shortage of land in terms of Shaftesbury Town Centre and where there are opportunities with people like Lidl coming into the town then the wider needs of Shaftesbury should be considered as part of that process,” said Stuart.

The consultants don’t go as far as suggesting how many spaces could be added to satisfy demand on the busiest days. “I think there’s something like just over 500 spaces at the moment, if you take the four main car parks. People may be unable to find a parking space and not come back. So I think it’s quite difficult to put a figure on it. Clearly, there is pressure,” said Stuart.

“People are concerned about parking and they’re also concerned about congestion. Managing the two things in a town that has a medieval street pattern that we all value and love is really quite a challenge,” he added.

The Neighbourhood Plan’s remit mainly concerns the use of land. And while Stuart says that aspects of the survey are helpful in guiding their policies, the Town Council could take some of Aecom’s ideas further. “There should be a project involving the Town Council where they would look at the issues about managing parking demand, which takes you into signage and enforcement that aren’t purely land use or planning issues,” he said.

In the meantime, either Barton Hill parking or late afternoon visits may be the best way for Shaftesbury Town Centre visitors to be sure of quickly finding a space.