A Fontmell Magna man is advising Shaftesbury area residents to carefully consider what food they’ll need during coronavirus self-isolation, if they don’t usually shop online. Alfred spoke with Dick Stainer halfway through his period of self-quarantine.

Dick Stainer is counting the days until 20th March, although he says it has become difficult keeping track of time. “We’ve got no routine to mark time. It’s just one day after another,” said Dick. 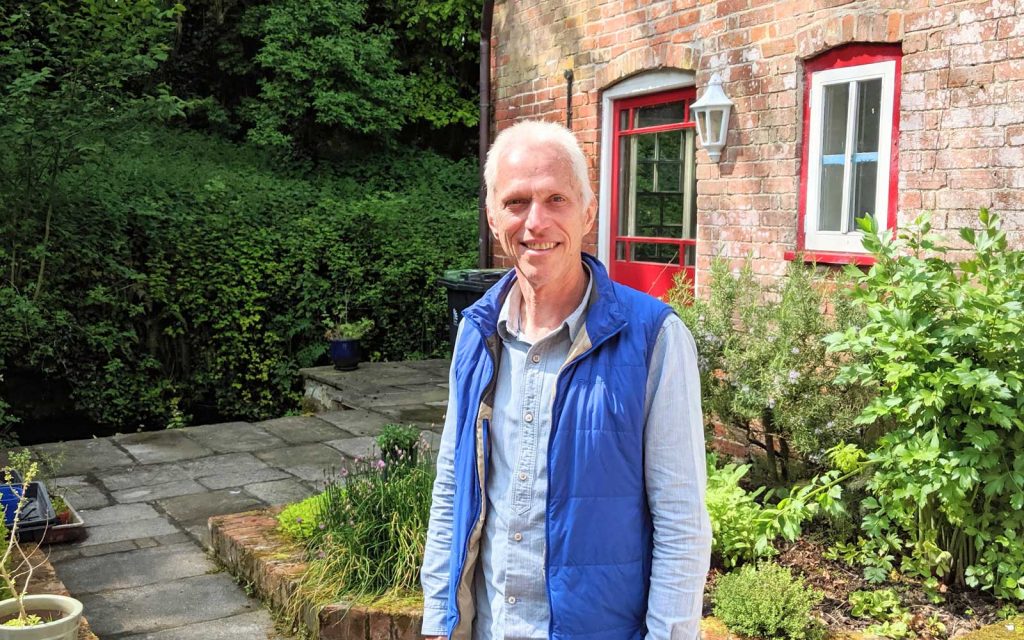 He felt the need to go into self-isolation after his son and two children were evacuated from Iran. His daughter-in-law works for the United Nations in Teheran. “The UN decided to evacuate all dependents,” explained Dick. “They asked if they could come and stay with us and we said ‘yes’. They arrived a week ago, on Thursday evening, on a flight from Moscow. They advised self-isolation for fourteen days and, as my grandchildren are nine and four years old, we thought it wasn’t practical to self-isolate them in a house with just us, so we are all self-isolating.”

Dick says there are five people in his cottage – himself, his wife, his son and two grandchildren. “None of the family are showing any signs of illness,” he said. This experience means that Dick has been able to offer advice to anyone who has time to prepare for self-isolation, as many residents might have to, over the next weeks.

“You need to make sure that you have all of your staple foodstuffs. You can get a delivery from any of the big supermarkets that do home deliveries. If you have not been doing that on a regular basis, then you have to think very hard to make sure you are buying what you need,” said Dick. “You need somebody to source milk and bread for you. We have got lots of neighbours who have offered to help. Somebody collected some vegetables for us on Thursday.”

Dick was complimentary about Rick Attfield, owner of Fontmell Magna shop and post office, who brought bread. Rick has offered to help anybody who can’t get out to buy food. “You need to have made an arrangement with somebody to keep yourself supplied with goods in the short-term,” said Dick. “It is the perishable things that you need two times a week – things you can’t buy a large quantity of, because they would get to their use-by date and the bread would get stale or you won’t have enough room in the deep freeze.”

Dick says villagers have heard that he is self-isolating, and they are being helpful and supportive. “Most people are very sympathetic. I expect they hope they don’t have to do it. They can see that we have got really no choice.”

He wasn’t concerned at the prospect of telling people that he was taking action, even though social media can quickly whip up hysteria. “People don’t avoid us,” said Dick. “I do work in the garden and people talk to me over the fence. If they don’t know, I tell them. I don’t get too close to the fence. The recommended distance is two metres.”

He says that anyone who calls at the cottage has taken Dick’s self-isolation seriously. “I have put a notice on the front door so anybody who is delivering knows that they have to knock on the door and withdraw. Nobody has asked for a signature, so I haven’t had to have any contact.”

Dick is involved with a number of community initiatives in Fontmell Magna, but he hasn’t found withdrawing from local life has affected those duties. He has been working on the phone or online during his quarantine period. “I can write a lot of emails and I can still carry on doing things. I am treasurer of the village hall. Some people have been putting cheques through the door and I can pay those in using a smart phone, so I don’t have to go from the house to do that. I can do most things online,” he said.

Dick isn’t bored. “You can’t get bored with two small children in the house,” he said, adding that the kids are not bored either. “My grandson is aged nine and he is getting schoolwork on the internet. He is very keen to get to next Friday, because that’s the New Year holiday in Iran – Nowruz. He is then on holiday from school, so he won’t have any work to do.”

Dick says he’s counting his blessings that he’s been in North Dorset and not Italy, where family members’ lives have been greatly affected by coronavirus restrictions. “My daughter is in Bologna and they are in a worse position because they live in a flat and they can’t go out,” said Dick. “You’re likely to be stopped and you have to have a good reason. She and her partner were debating whether they should go to a supermarket together. They were worried that they would be told only one of them should go. There are people in other parts of the world in a more difficult situation than us.”

As he enters his last five days of isolation, Dick recognises the positive aspect of his withdrawal. He has enjoyed some special family time that he wouldn’t have had otherwise. “It’s been a great bonus for us. We are spending time with our grandchildren and our son that we would not normally be able to do.”

Dick says the first thing he will do on Friday, when he leaves the house, will be go to shopping. “We need to get some fresh vegetables from the supermarket,” he said, adding there’s a chance he will pop to the pub, too. “We might do that in the evening.”