The BBC presenter Mark Radcliffe said that Jay and Jon’s blended vocals are, ‘like two halves of one voice’. And Jon says people have frequently compared Ninebarrow’s sound to Simon and Garfunkel. “We take that as a compliment. I happen to think we don’t sound a huge amount like Simon and Garfunkel, but I think people make the comparison because it’s two male voices in harmony together.”

Folk is a broad genre which runs from Steeleye Span to Show of Hands. Jon says Ninebarrow’s Dorset focus makes the duo hard to place on the folk music spectrum. “We fall, maybe, on the traditional side of the scale. We reinterpret traditional songs, but we also write quite a lot of our own stuff, which is generally inspired by Dorset’s history, folklore and landscape. We’re a little bit unique in that we approach folk music in a slightly different way,” said Jon.

“We look backwards and forwards at the same time. We tend not to look at traditional material and feel it’s got to be performed in exactly the same way as it was hundreds of years ago. We like to kind of take it and do something a bit more modern with it,” he added.

Ninebarrow’s strength in storytelling defines the duo. “For us, folk music tends to be about narrative. We find it hard to get excited about music that doesn’t tell a story,” said Jon.

The men have family connections in North Dorset, near Gillingham, but much of their composition has been inspired by the scenery or history of southern parts of the county, where the sea has influenced daily life.

“We sing about the wrecking of the Halsewell, which took place off the coast at Winspit near Worth Matravers. In that song, it’s a Dorset that’s being battered by storm force winds, and it’s that rolling coastline,” said Jon. “We’ve done a musical version of a William Barnes poem called ‘Coming Home’. In that song, it’s a Dorset of rolling hills, hedgerows and streams running through little valleys. I guess that’s why we love Dorset so much. It’s such a varied county and landscape. You can take a lot of inspiration from it, in terms of your songwriting.”

But Jon added, “It can be bleak times, in terms of some of the subject matter. It’s difficult to sing about Dorset’s worst shipping disaster and make it a jolly song. But at the same time, we like to tap into Dorset’s Enid Blyton-esque kind of landscape.”

The music press has heaped praise on the pair. Spurred on by positive words from folk luminaries including Mike Harding, Seth Lakeman and Kate Rusby, Jon and Jay gave up well-paying professions, swapping teaching and medicine for music, three years ago. Slightly larger class sizes and a longer wait to see a GP are folk music’s gain! 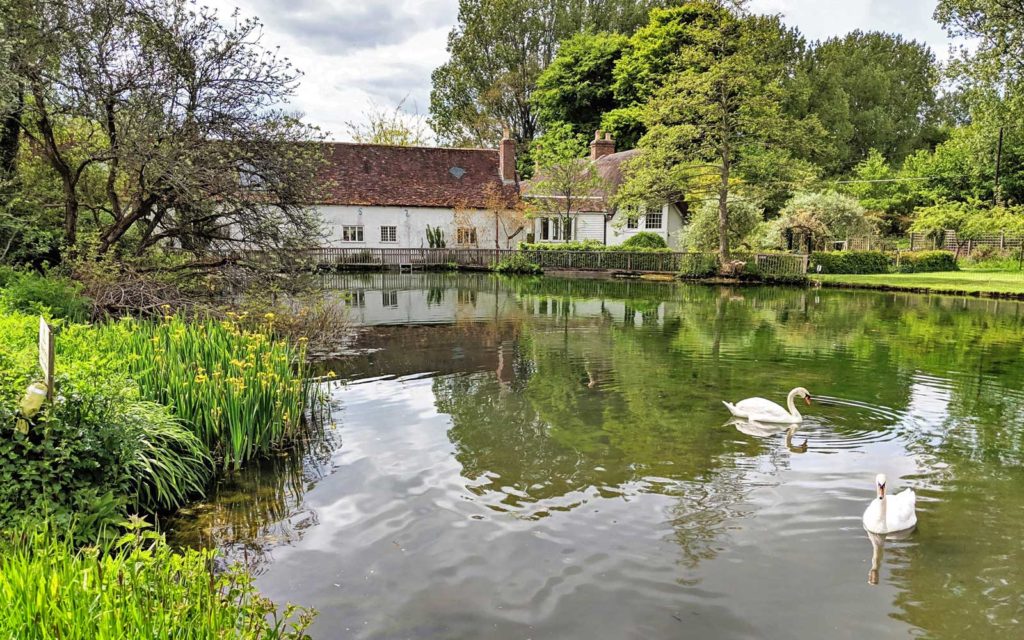 Interestingly, Ninebarrow has diversified into arranging folk music walking breaks. Their guests can experience the stunning Dorset scenery by day and enjoy the sound of the best folk performers as the sun goes down. It’s an inspiring ‘brand extension’ that offers a life-enriching and memory-making experience beyond the shallow merchandising offered by most pop bands.

Both men love walking and Jon says a ramble across Dorset often encourages creative writing. We laugh when I encourage Jon to take a stroll around North Dorset before Sunday’s gig. There might still be space for some Shaftesbury-inspired songs on Ninebarrow’s much anticipated fourth album.

The Springhead audience will enjoy a sneak preview of some of their new album tracks on Sunday. “We’re not going to be releasing it until the autumn of 2020. We’re going to be recording it in the spring of next year,” said Jon.

Will McNicol, Guitarist Magazine’s ‘UK Acoustic Guitarist of the Year’, is supporting Ninebarrow at Springhead on Sunday, 14th July. The gardens open at 4.30pm and Jon Whitley and Jay LaBouchardiere play an outdoor set at 6pm. The concert follows last year’s sell-out show in the village, which was moved indoors due to the weather.