On 29th September, thousands of people will line the town’s streets to take in the spectacular sight of the floats and walking entries in the 141st Shaftesbury Carnival. For many locals, the grand illuminated evening procession provides the highlight of the day. But putting on this huge show requires a massive amount of planning, coordination and volunteers.

So how does Carnival find helpers, at a time when many Shaftesbury community groups are struggling to boost committee numbers? Carnival Co-Chairman Derek Beer says he has found the perfect way to recruit volunteers. “It genuinely, genuinely works,” he told Alfred. 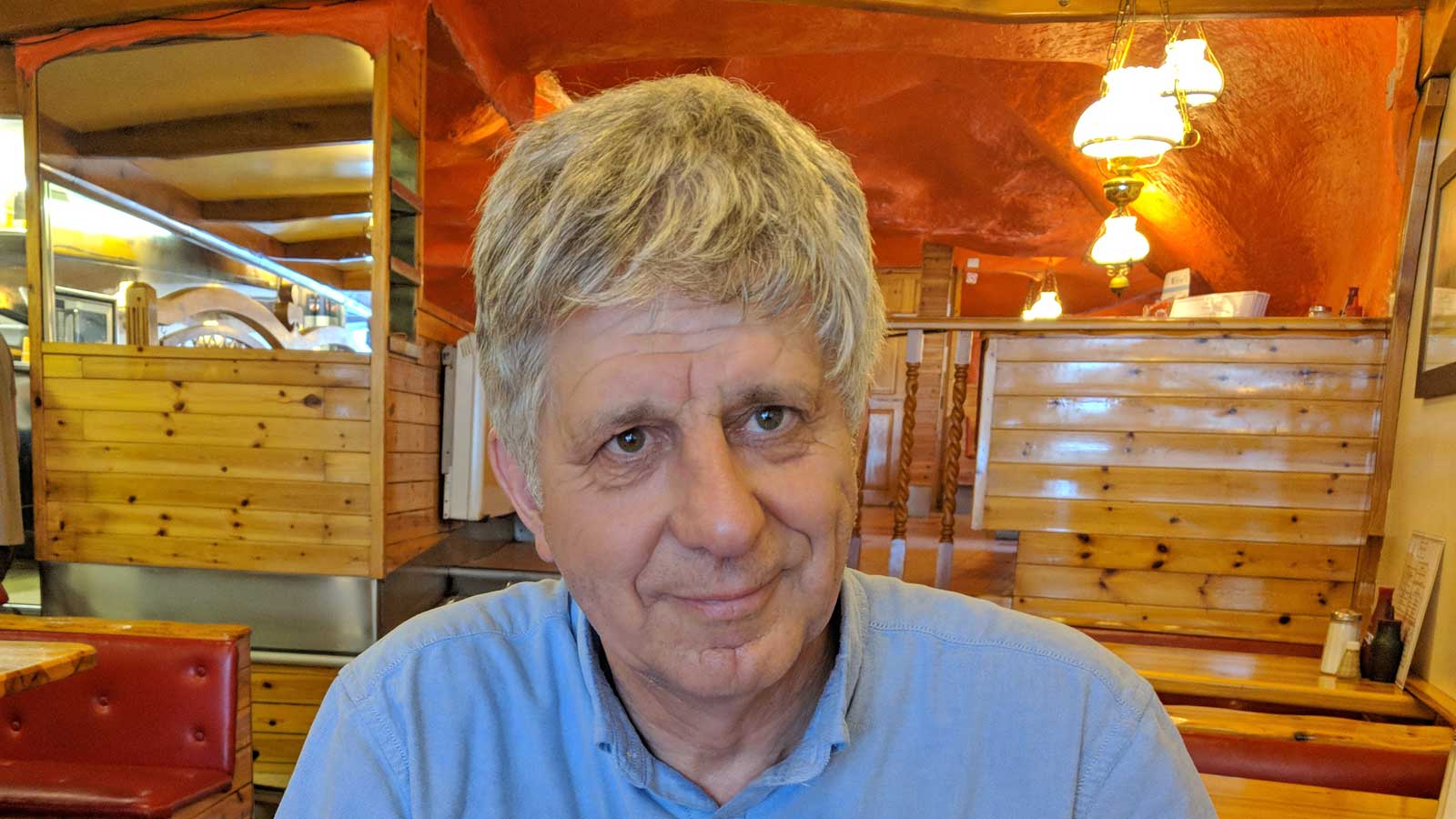 Derek recommends personally inviting people to join committees. He’s contacted many of the former workers at his John Peel café, inviting them to get involved over a cuppa. It’s worked and Derek says that 10 of the 22-strong Carnival committee are his former staff.

And his approach has greatly changed the committee’s make up. “The average age has come down, I would respectfully suggest, from around 65 to an average age of around 39,” Derek said.

Many local clubs try to recruit new committee members using signs asking for help. Derek said that is not as effective as a having one-to-one chat. “If you put up a sign, people walk by and they think ‘that’s a good idea’, but they will get home and forget all about it. Or they won’t understand what an AGM is. I’m not being patronising – I wouldn’t have known,” Derek said.

“People won’t want to come forward and potentially rock the boat by joining something that appears to be working. But if that organisation or its people go up to an individual and ask ‘can you help?’ then nine or ten times out of ten, they’ll say ‘yes’. It really works. I’ve used it on all sorts of things over the years,” said Derek, adding, “That’s our next generation.”

“If people have grown up in Shaftesbury and feel part of the town then they want to put something back. It’s the same as when I started, when I had a young family. I would never have got involved if somebody had not said, ‘Derek, would you join us?’ It works,” Derek explained.

It is often claimed that large committees are unwieldy, but Derek disagrees and with over twenty people involved in steering the Carnival Club, Derek says he has proof that big groups do work, if roles are well defined.  “Everyone has different responsibilities. We have people that look after the road signs, arrange the traffic orders, people who look after the marshals, volunteers who do the fundraising. People with different skills have different responsibilities. They just get on with it,” he said.

There’s been a change at the top of the Carnival organisation, too. Derek is no longer the sole Chairman of the club. He believes that his new, ‘fantastic’ Co-Chairman, Rich Mullins has made a real difference. “He’s gone in like a dose of salts. He doesn’t stop working,” said Derek. “He’s just lifted everybody with his personality. So we act as joint chairmen. I’m the staid ‘old fart’ who stays in the background and makes sure we have our feet on the ground. Rich brings in the new ideas and we try to marry them together. It works well.”

Another new change concerns the Carnival’s relationship with local appeals. The Carnival committee is raising money for good causes, as always. But this year they’ve increased the number of groups that stand to gain from the event. And those organisations have been asked for increased involvement on the day.

“We’ve decided to get even more help with the fundraising, selling programmes, and collecting money on the day. We now have five different beneficiaries and they will help run the carnival as well. They won’t get a great big cheque but they’ll get a sum in relation to the amount of effort that they put in to raise funds. It’ll be a reasonable amount of money, a three figure sum, but it will be spread further rather than the two massive cheques that we’ve given before,” said Derek. 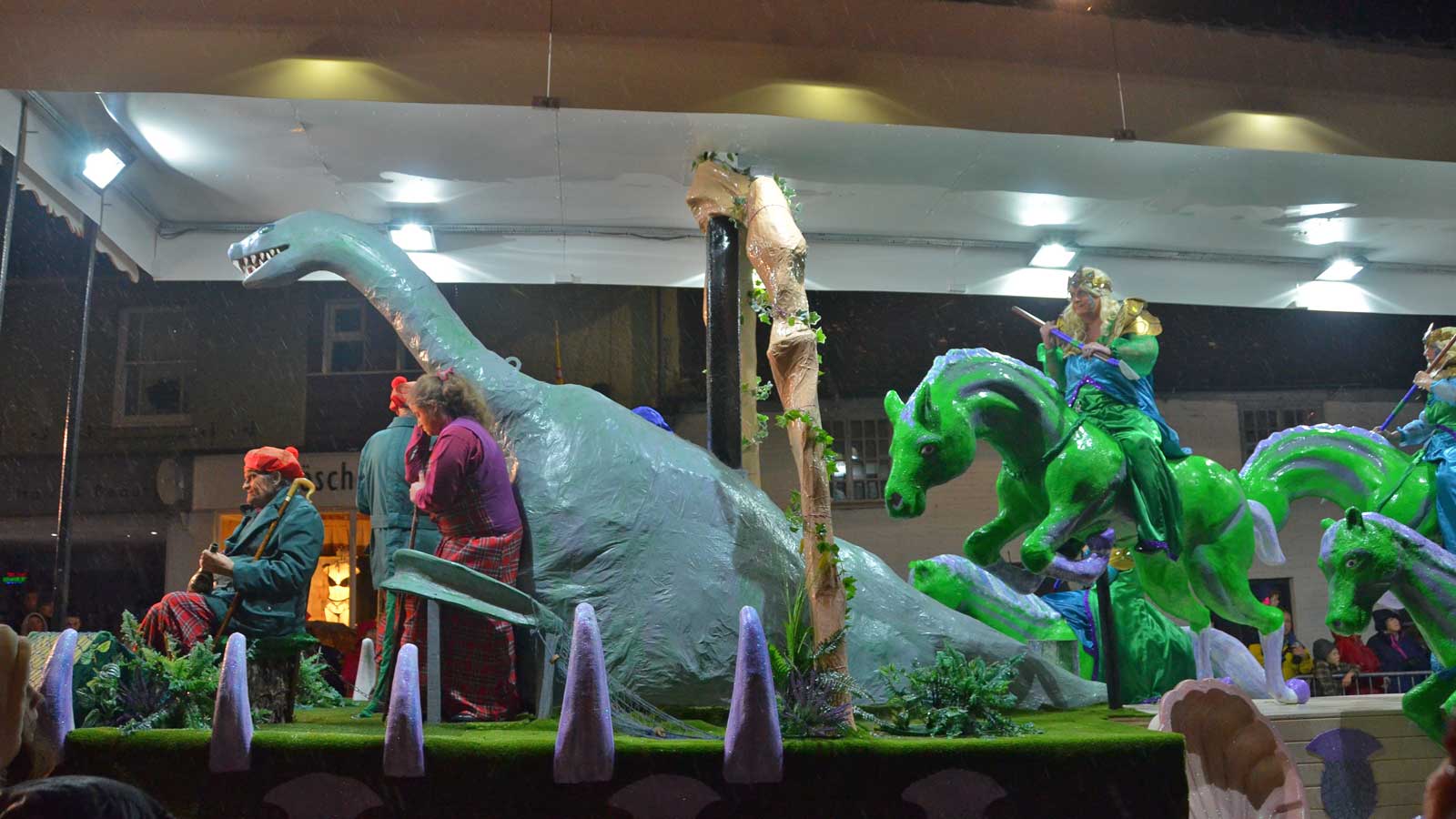 The good causes have to be based within the SP7 postcode area. There was increased interest after the Carnival committee publicised their charitable donations on the web. “We haven’t had so many apply in the past but we’ve gone online this year so more people are aware,” said Derek.

“This year’s beneficiaries are Read Easy. They teach adults to read. It is a good charity,” says Derek. “Shaftesbury Youth Club need a swing for the disabled. And Motcombe School want some play equipment.”

Open House, a drop in event at Father’s House, will also receive a cheque to support the weekly sessions of advice on debt, benefits and housing. That project also provides a food bank. Carnival money will also be donated to Shaftesbury Carers, part of the town’s HOPE project.