Shaftesbury’s Sunday shoppers have been treated to an unexpected Morris dancing display. A group of musicians and dancers from Plymouth Morris put on the free show while breaking their homeward journey to Devon.

“We have been dancing for most of the weekend near Southampton, with King John Morris Men. Traditionally, we always stop on our way back to Plymouth and we decided to meet up with White Horse Morris here in Shaftesbury,” said Paul Reece, the Squire of Plymouth Morris.

He liked our hilltop town. “What a lovely place. It’s the first time I have been here,” Paul said. “It is a bit cold today but it’s still fairly bright.”

The Plymouth Morris group in action

The sounds of accordion music, wooden staffs being patted together and the jingle of bells quickly drew the crowds. An audience of spectators formed outside the Town Hall to watch the group in action. “There are probably in the region of a dozen members with about four or five musicians and eight dancers,” Paul said.

Shaftesbury’s town crier, Cliff Skey, helped arrange this impromptu display. Paul knows Cliff from the folk festival circuit. “I’ve met him at Sidmouth on several occasions,” explained Paul. “We made arrangements to dance here and he organised the pitch during the Sunday market. It was very pleasant. It’s nice to animate places where they are making a real effort to get the community together.”

Cliff joined in with the visitors. “I now dance with White Horse Morris, which is the local team for Warminster, Salisbury, Wyley and Westbury. I do that every week. If you go on the White Horse website you’ll see where we are. We go out every Wednesday during the summer season,” Cliff said. 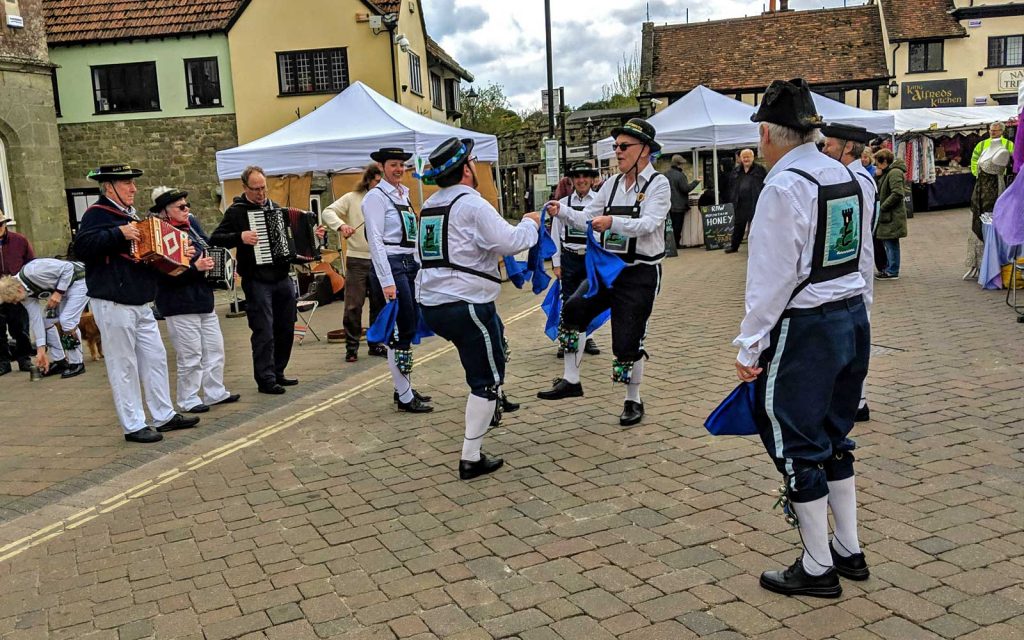 Squire Paul said that some Shaftesbury residents had watched the recent programme. “We’ve even had one or two people recognise us from the BBC Four documentary. It’s still available on catch up,” Paul advised.

Gender and age wasn’t an issue for this Shaftesbury display. 12-year-old Polly Potts-Skey, who lives in Wyley and dances with White Horse Morris, took part in some of the performances. “We heard that they were coming to Shaftesbury so we came and watched and I asked us to join in,” said Polly. 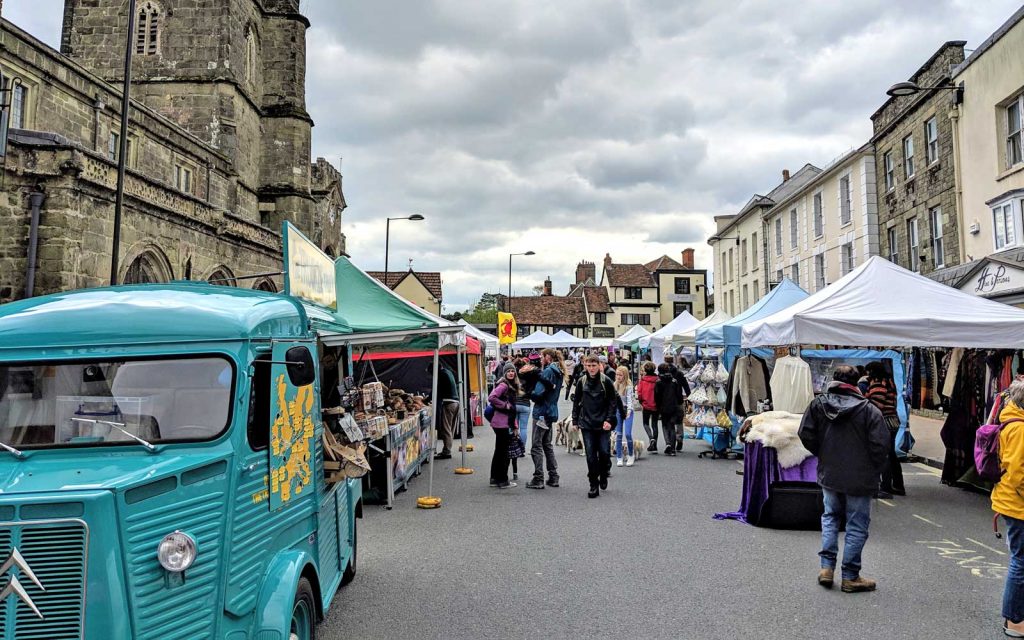 Live entertainment is always part of the Shaftesbury monthly Sunday market but the unexpected Morris show was a surprise for locals and market organiser Steve Dauwalder. The event is normally held on the third Sunday of each month but Steve told ThisIsAlfred that this market was held a week earlier because of the Easter break.