The first authors have confirmed attendance at Shaftesbury’s first Literary Festival next year. Organisers have chosen a name and date for the nature-writing themed weekend event. Now they’re keen to find funders.

“There are something like 350 literary festivals across Britain. How do you make yourself locally distinctive? Most of them are about an author who has a book out now, or who is on the telly,” explained Literary Festival committee member, Sue Clifford. 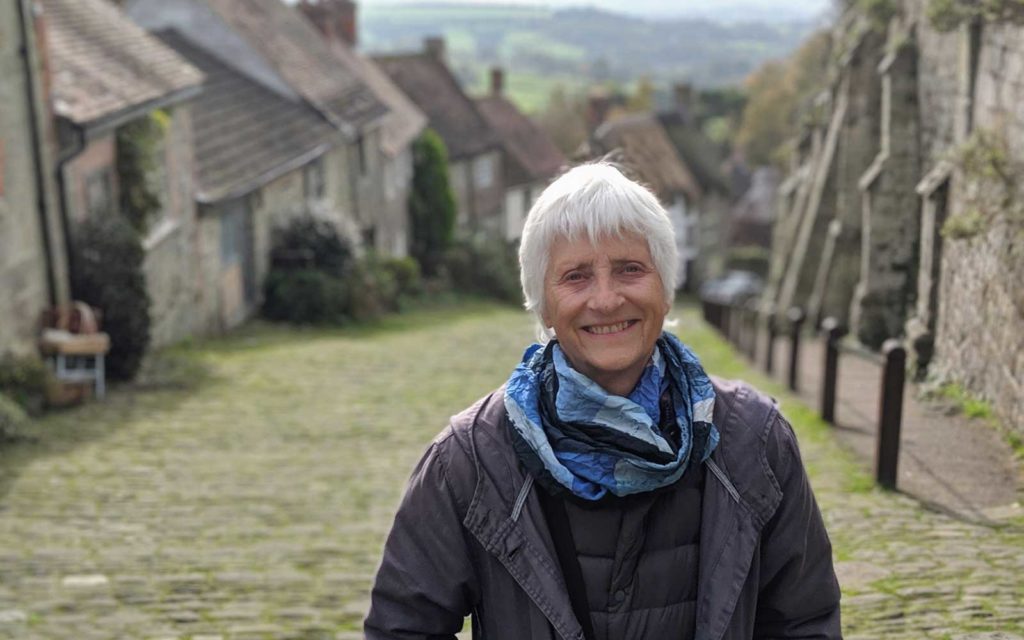 Creating a stand-out event has been a key consideration for the volunteers planning this new literary festival. Locally, Mere and Sturminster Newton have launched similar weekends and there are others less than one hour’s drive away. “There’s one in Wimborne, one in Bournemouth and Yeovil. Some of them have very big speakers,” added Shaftsbury Literary Festival chair, Rosie King.

Sue says the group quickly recognised that they needed a unique angle as a point of differentiation. The idea of a festival themed around nature and countryside writing seemed perfect for Shaftesbury. 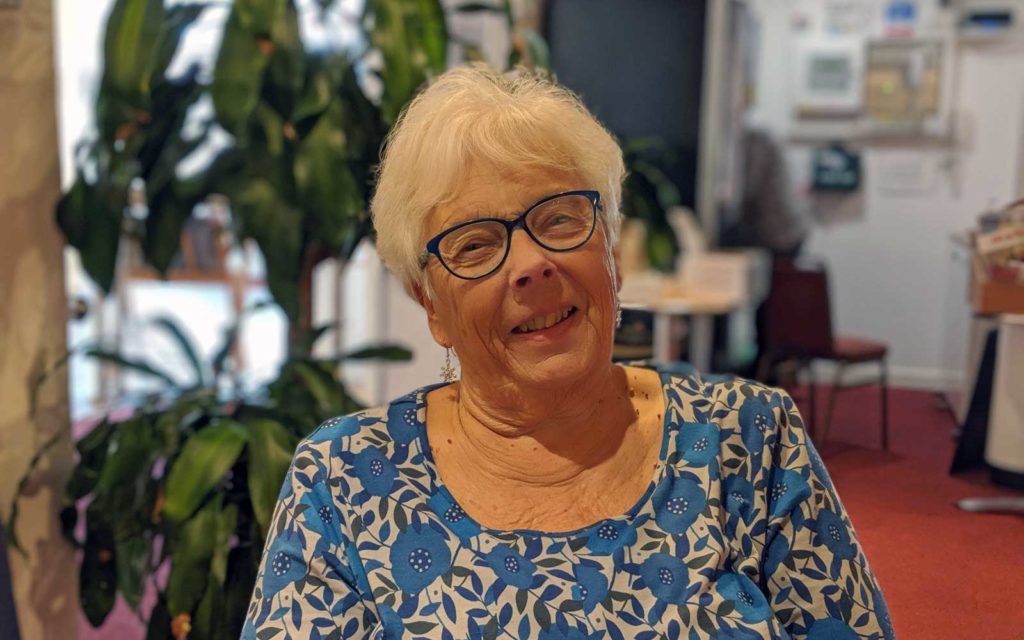 “Several of us kept coming back to the idea that the most important thing is what is happening with the world, and on our doorstep – the immensity of changes to climate, and the loss of species,” said Sue. “The time was right to talk about nature. We, here in Shaftesbury, sit amongst some of the most wonderful and spectacular landscapes, which are very subtle. They are no volcanoes, miles of forest or moorland. But there is a wonderful conductivity between people and the land,” said Sue.

After deliberation, Rosie says that group member Angela King struck gold with her clever and catchy name for the event, ‘Reading the Land’. “It is designed specifically to concentrate on the land on which we are living and the natural things around us,” said Rosie.

Sue says the guest authors will all have written about England’s nature, wildlife and countryside rather than more dramatic global destinations like the Arctic or Serengeti. “We may go as far as the sea, to some hills that we have scattered around the British Isles or islands, but we don’t want to reach around the world,” she said. 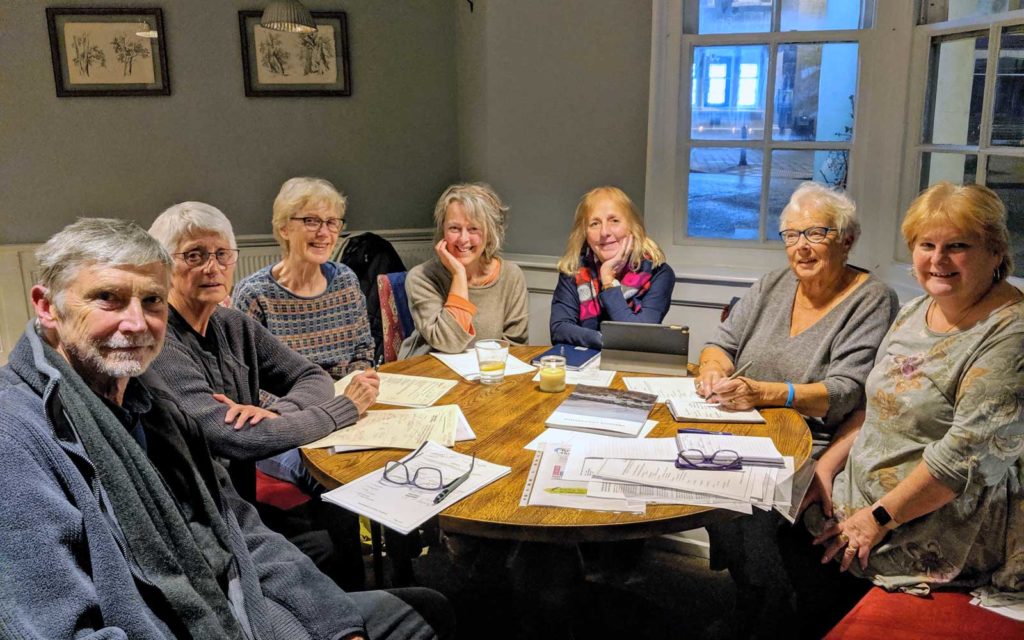 Members of the ‘Reading the Land’ literary festival committee

The committee is planning to host between ten and twelve authors, says Rosie. Some of those published authors live in and around our town. “Brigit Strawbridge Howard has just got a book out, ‘Dancing with Bees’. Robin Walter is a forester and he has a book coming out next year, which will be all about our relationship with trees. It’s not just about local writers, it’s about people who are saying things in a wonderfully crafted way,” explained Rosie.

Sue has a clear vision of the type of author who will be invited to talk. “People who write beautifully and elegantly in a literary way about our relationship with nature,” she said.

Authors Christopher Nicholson, Mary Colwell, Kate Bradbury and Ben Hoare have confirmed. Author and illustrator of ‘The Big Book of Birds’ and ‘The Big Book of Bugs’, Yuval Zommer, is also coming and his inspiring work should encourage children to appreciate wildlife.

“And there’s Isabella Tree, who has a wonderful book ‘Wilding’, which is drawing people to literary festivals all over Britain,” said Sue. That title features the work of Isabella’s husband in restoring the ecosystem of 1,400 hectares of intensively farmed West Sussex land.

Rosie is keen to announce the dates, so accommodation providers can prepare for the visiting guests and locals can spread the word. “It will be the 13th, 14th and 15th of November 2020 and it will be based largely at the Grosvenor Arms Hotel in Shaftesbury, with some other local venues so people don’t have to walk to far in the cold,” said Rosie.

It’s early days, but once the schedule is confirmed, there will be stacks of publicity, so people know who is speaking where and when. “The talks will be well publicised, so you will know in advance. You’ll be able to buy a ticket or sign up for the event. There will be an opportunity to talk to the authors and engage with them, look at their books and find out how they researched their books,” said Rosie.

The organisers are seeking sponsors, whether commercial businesses or local benefactors, who share the team’s vision of celebrating nature writing. Rosie says there will be different levels of sponsorship available. “We are interested in people who would like to sponsor it in some way, even if it is to just sponsor one author.”

It is expected that speaking authors visiting Shaftesbury will have travel costs reimbursed. “For those coming a long way, we will have to offer a night’s accommodation, and some will need to be paid. We think the fee will be around £100 per author. Some people may charge more of course, and some might wave their fee if they can sell books,” said Rosie.

If you can help with sponsorship, get in touch with ThisIsAlfred.com and we will pass on the contact details.