Strawbridge has won a prestigious award for her narration of the audiobook to accompany ‘Dancing With Bees’. And the French Mill Lane author is writing e a second title following a successful book tour, which included a Cheltenham Literature Festival appearance.

People all over the country know Shaftesbury’s ‘bee lady’ Brigit Strawbridge as a passionate ambassador for bees, but few people may know that the publication of the audio version of her book means her childhood dream has been realised. “I always wanted to be a ‘Jackanory’ reader. That was always my ambition when I was little,” said Brigit. 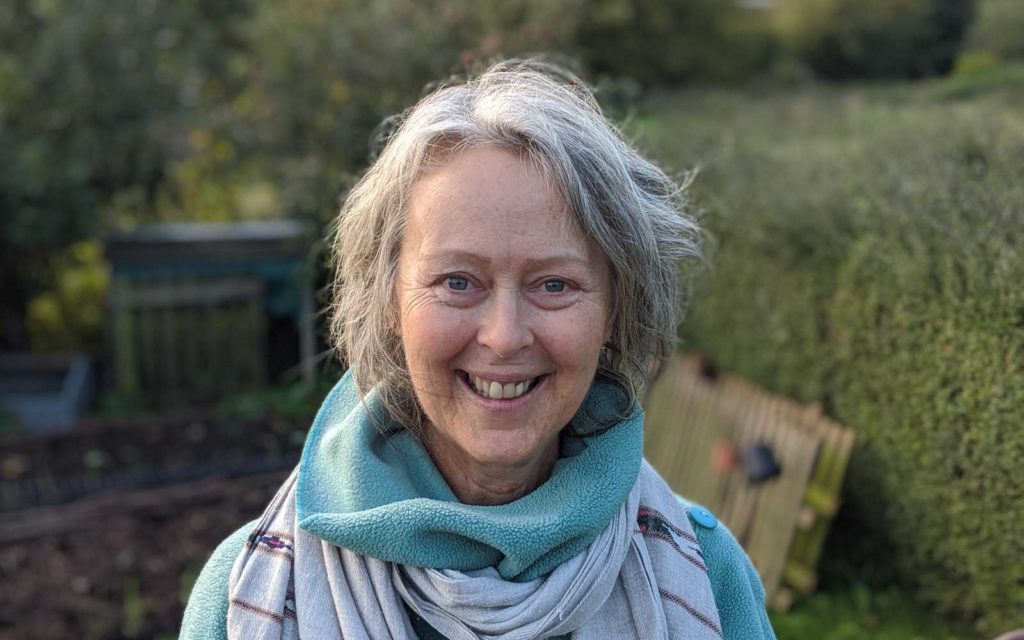 That children’s television story time is a distant memory, but audiobooks are very much of the moment. Each year, AudioFile magazine recognises, ‘exceptional titles’ that excel in ‘narrative voice’. The US based award judges were so impressed by Brigit’s ‘slow, warm tone’ as she read ‘Dancing With Bees’ they gave her the top prize in the biography and memoir category. The judges felt that Brigit’s ‘lyrical prose translates well to audio’.

The praise came out of the blue. This was Brigit’s first narration. “The publisher emailed me to say, ‘You have just won an Earphones award’. Five minutes later I had an email from a lovely lady called Helen Lloyd, a Twitter friend. I had asked for help on Twitter because I didn’t know how to do this. Helen is a voice coach and spent time on the phone with me, giving me tips,” Brigit explained. “Helen emailed me and asked, ‘Do you realise what you have just won? This is an international award and people strive to win this.”

Brigit received extra help in putting in a performance that has gained her the audiobook ‘Oscar’. The actor Sam West, who recently played Sir Anthony Eden in the film ‘Darkest Hour’, offered his advice. “He’s one of our most amazing actors,” beamed Brigit. “He really kindly gave me six or seven different tips. He said I should picture one person for the whole three days of recording and imagine they are sitting opposite me in a pub or having a cup of tea. He told me to tell that person my stories and read the book to them.”

Brigit was even advised what to drink in the recording studio in Gillingham. “Not to drink water, but to drink coconut water. It lubricates your throat instead of drying it up,” she said.

Brigit has been in demand as a speaker at literary festivals, promoting the paper copy of her book. “I did three talks in three days in one week,” she said. Being a guest at the prestigious Cheltenham Literature Festival was an enjoyable experience for the local writer but Brigit admits that, at first, she felt out of her ‘comfort zone’.

“I’ve been talking about bees for well over a decade now and I can talk about bees until the cows come home. This is a whole different thing. Talking about your book and yourself is very unnerving. I have done talks at a festival in Abergavenny and the Appledore Literary Festival. That was a lovely little one but Cheltenham was a whole different ballgame. It’s big. I feel incredibly flattered to have been asked,” she said. 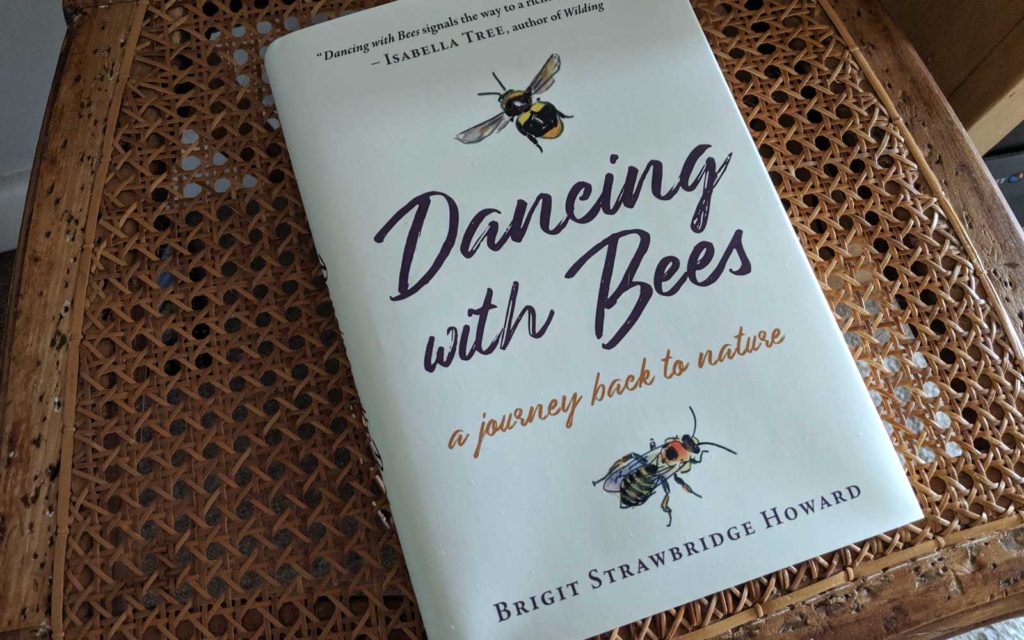 Brigit shared her session with urban beekeeper Bill Anderson, author of ‘The Idle Beekeeper’. “I didn’t enjoy the first five minutes because I couldn’t see the audience. It was dark and there were bright lights on the stage. I’m not used to stages,” Brigit explained. “I am used to standing in village halls. We had wired mics which is helpful because you don’t need to shout but I was a lot happier towards the end when they turned the lights up and I could see the audience. I didn’t know who to direct my answers to at first.”

Brigit says she enjoyed the experience of sitting in ‘the green room’, the backstage waiting area for authors. She was surrounded by writers whose names and books she knew. “I felt a bit like a fish out of water,” Brigit said. She added that she had to keep her cool and not appear starstruck, rushing up to familiar names. “I would have loved to have done that because Jenni Murray of Woman’s Hour was there!”

This potentially overwhelming experience was made much better by having friendly faces in the crowd. Artist Gary Cook and his wife, journalist Susan ‘D’arcy’ Cook, had travelled up from Shaftesbury. “They texted me in the morning and asked whether I would like some friendly faces from Shaftesbury. I said ‘yes’. D’arcy asked me a question – why is the hairy-footed flower bee my favourite? It was really nice to see people I knew. When all that had finished, I went to the book signing venue, a Waterstones ‘pop-up’ bookshop with a table with a black tablecloth on it and marker pens. Some people brought my books that they’d already purchased elsewhere. They came to ask me to sign them. That was just lovely,” smiled Brigit.

The writer has more dates in the diary and will be speaking at the Taunton Literary Festival in November. In 2020 Brigit has been booked to appear at the Oxford Literary Festival and a nature writing event in The Cairngorms.

There should be plenty to talk about – Brigit is writing a new book. “I have already started. It’s going to be less bee-focused but there will still be a lot of bees because they are ‘my thing’. It will talk about the slow worms and grass snakes that live in the garden. I’ll talk about long-tailed tits and the great diving beetles that we have in the pond. It will still be about creatures that I have seen and wondered about. It will include conversations where I meet people who really know their stuff,” she said.

Brigit says the working title of the new book is ‘On French Mill Lane’. “I don’t know if I can publish it using that name. You have to be wary about naming a place. It’s not really fair on other people but the whole idea is that it is based on what is in our back gardens, expanding on that and asking people to tell us more about it.”

There will be a wait before this potential best seller hits the shelves. “I’m working towards 2021. I am a slow writer and I don’t want to do a second book just a year after my last one.” And after that? “I don’t know whether I would have a third book in me,” said Brigit. Thousands of her new and existing fans hope that’s not the case.