An experienced Shaftesbury-based musician is hoping to encourage fresh talent with his new, regular acoustic nights. Paul Maryon told ThisIsAlfred that he has chosen a venue offering a supportive environment for fledgling performers who are finding their feet.

Paul Maryon doesn’t flinch at the prospect of playing to a crowd. Before he moved from London to Shaftesbury, he had regular gigs across the capital. “I played in several bands as a teenager which was great fun and I would recommend that any teenager should learn an instrument and play in a band because it’s one of the most fun things you can do. Since then I have played in lots of different bands,” said Paul. 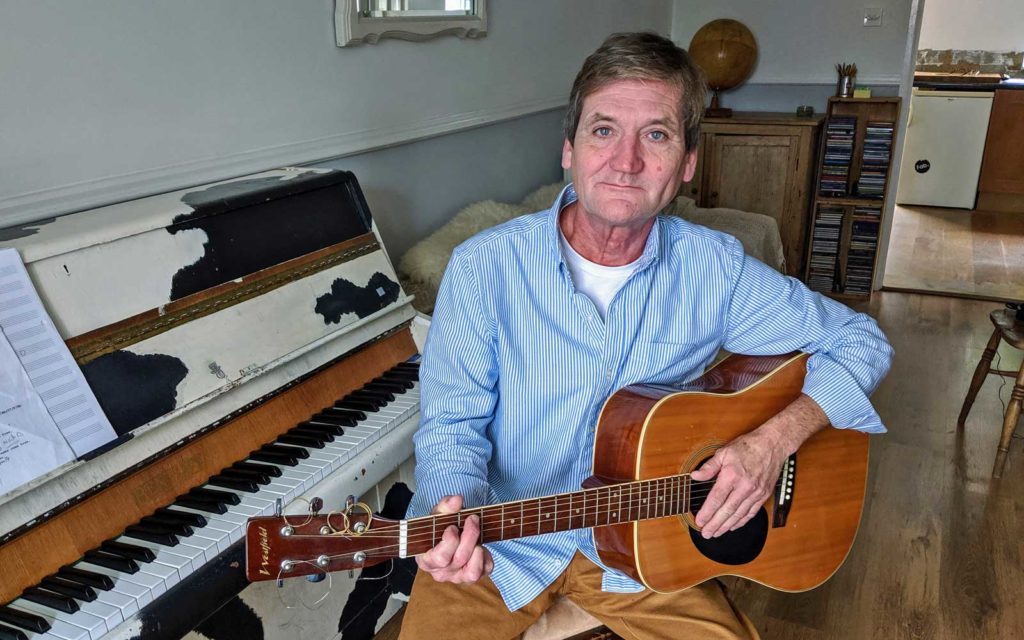 Paul later went ‘solo’ when he was paid to create atmosphere, playing in the foyers of West London hotels. “That’s a really strange gig because people aren’t really listening to what you are doing. Quite often I would purposely go wrong and put in extra notes. It was a bit of a ‘Les Dawson’ thing, just to see if anybody did turn around,” laughed Paul. “People don’t always notice.”

When he headed west, Paul brought his instruments with him. “I lived in Frome for a while. There’s a big music scene there. I played in lots of different cover bands. I’ve done the whole thing really – weddings, funerals, bar mitzvahs.”

When Paul reached middle age, he made a bold decision he says he doesn’t regret. He returned to education, enrolling at Bath Spa University to study classical music. Many people would find the experience of being propelled into a class of students half their age rather daunting, but Paul loved it. “It was great being surrounded by youngsters at that time because their enthusiasm and their love of music and of life rubbed off. I found myself, at the age of 40, being rejuvenated. I was finding a new angle on life. I also ended up being a bit of an agony aunt to some of the younger ones. It was all good fun,” he said.

The course opened Paul’s ears to different genres of music. “They had an open-minded attitude towards modern classical music. I discovered a lot of music that I probably would not have previously listened to. It really pays for any musician to listen to music that you wouldn’t normally,” Paul said.

Paul discovered new artists and trends in music from socialising with the students. “I still find that now, from young people,” he said. “I teach youngsters and they are often saying to me, ‘Do you know this tune? It’s great’. I listen to the radio. I listen to all sort of music.”

State school music lessons are often the part of the curriculum to face cutbacks when education budgets are squeezed. Paul finds that fewer young people are now able to develop their musical talent from school classes. “The funding is not out there. Often you find that is a parent-funded thing. It’s really sad. If you’re coming from a not-so-wealthy background, you may not get the opportunity to do those things.”

Whether a new musician has been tutored or self-taught, Paul is keen to communicate the simple message that practice makes perfect. “It’s hard work. I get upset when people say, ‘That guy is great. What a load of talent’. I pull them up and say, ‘He’s probably spent hours in his bedroom playing that music’. Those are the people I would like to see down at this music club – the guys who have been playing along with their mates for months or even years. They need an opportunity to get out there and play their stuff in a nice, comfortable and relaxed atmosphere where they can try some new things.”

Paul is arranging his acoustic nights at Ye Old Two Brewers, so help budding performers make the transition from playing in their bedrooms to a bar full of punters. He chose the venue because it’s a welcoming environment. “It’s a very cosy, friendly pub. It’s family-based, so they are open to that kind of idea,” he said.

I asked Paul what advice he would give somebody who was nervous about playing publicly for the first time. “When I went to university at 40, I hadn’t played in public for quite some time. Playing classical music in front of your peer group is terrifying but you just have to get out and do it. It might go horribly wrong the first few times. You have to accept that. But you just have to get up and do it again. The more that you do it, the more comfortable you will get with that whole performance,” said Paul. 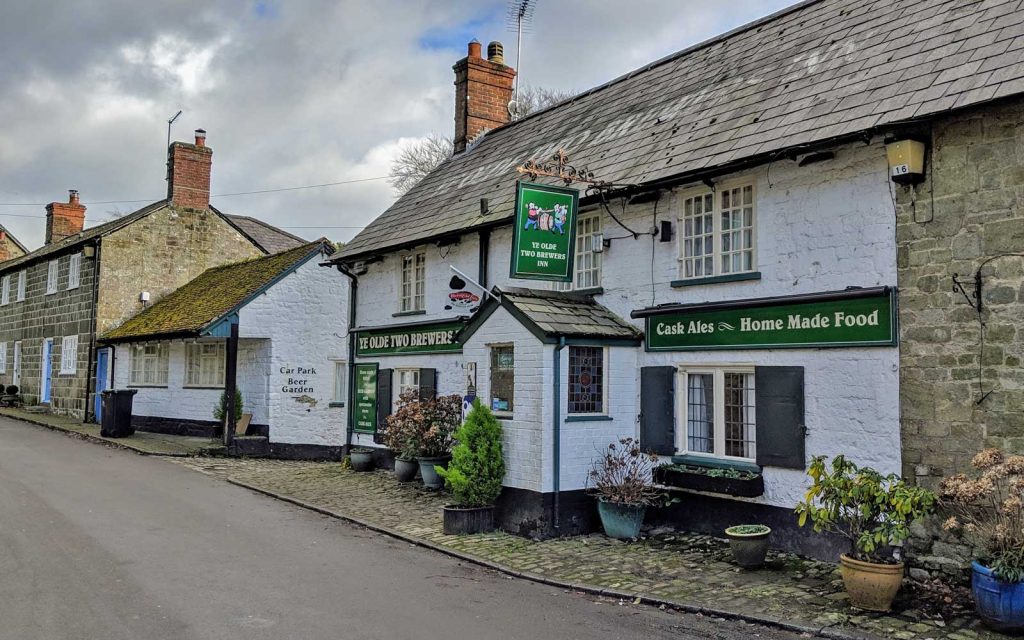 He applies the same principle to his new music club. “If people are nervous about playing in front of an audience, this is a great place to do it. If it all falls apart, you will be in a supportive atmosphere surrounded by musicians that have gone through, or who are going through, the same thing. Even as a seasoned performer it still happens. You get midway through a song and realise that you’ve forgotten how the rest of it goes,” said Paul.

Any potential performer worried that pubgoers will be listening critically and judging every note need not be nervous. The acoustic night venue will be the smaller skittle alley opposite the main pub. “There will be people bringing in their snacks and drinks so there will be some coming and going. We don’t want to be too precious about this. There will be a nice bit of movement. It’s not as if everybody will be sitting there and staring at you and picking out every note that you play.”

The theme of the evening is acoustic but that’s more about the amount of amplification Paul thinks is appropriate for the venue in St James. “Try and keep the whole thing fairly quiet. We don’t want to see massive drum kit there or ten-piece bands. As regards genre, anything goes. If it’s music you have been writing yourself and you’re nervous about playing it in front of an audience, then this is a good place to try it out,” said Paul.

The open mic and acoustic evenings start on 27th November at Ye Old Two Brewers. Paul intends holding the sessions on the last Wednesday of each month. The Christmas celebrations mean the second event afterwards will be held in January.

If you have questions or want to reserve your place, you can email Paul at PaulMaryon@gmail.com.