Shaftesbury Arts Centre volunteers celebrated the opening of their new dance studio on Saturday. A buffet reception and open day marked the completion of this latest phase of a £1million plan to improve the Bell Street building.

“Today is very important because it is the first step of our phased building project, which is finished and open,” said Chairman of Shaftesbury Arts Centre, Jenny Parker. She was pleased with the comments made by the visitors inspecting the new first floor dance studio. “People are all saying ‘wow’ when they go in there,” said Jenny. 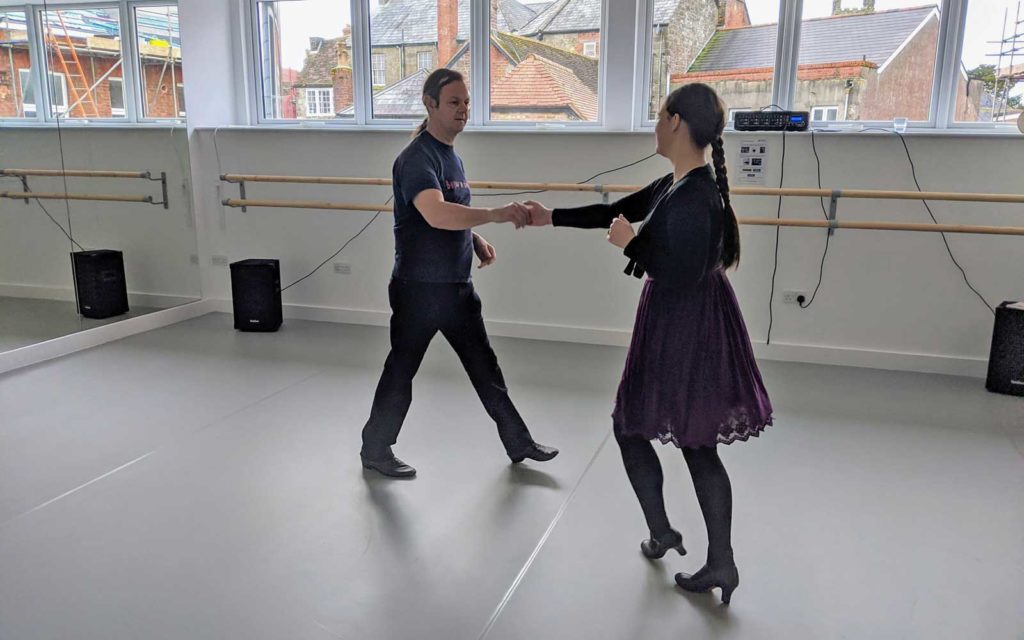 Andy and Samantha test out the new dance studio

The new room offers a white-walled and airy space with a high, sloping ceiling. There’s lots of natural light from the windows that stretch all across the right-hand wall. Floor to ceiling mirrors line the wall facing the door. Jenny said the Pilates group, in particular, approve of the design. “It’s very good to be able to do it in front of the mirrors,” said Jenny.

“I’ve done all sorts of bits with dancers in the past,” explained architect Richard Neale of Shaftesbury practice, Proctor, Watts, Cole and Rutter. “Here there is such a wide range of different forms of dance, from jazz to jive, tap and percussive dances as well as more contemporary dance and yoga groups. It has made it interesting,” he added.

A yoga display had just ended and the crowd was being ushered along the corridor to watch the next ‘taster’ – Shaftesbury Jive Club organisers were about to perform a short routine. This space can accommodate twenty people and Andy Tebbutt-Russell encouraged the spectators lining the room and huddled in the doorway to have a dance. “If anyone would like to join in, you’re welcome to. There’s plenty of room but they like you to take your shoes off,” said Andy.

Andy and Samantha were soon gliding across the grey-coloured, sprung floor as they danced to Michael Bublé’s music. Their sessions usually take place each Wednesday in the Grosvenor Arms Hotel’s upstairs Assembly Room.

Back in the Rutter Room, the tinkle of a small handbell brought the crowd to attention as Jenny made her opening speech. She told the group that this was a ‘celebration’ because the new dance studio was, ‘already making a huge difference to the Arts Centre’. Jenny explained that the booking form on the wall revealed how popular the new facility had been in the days since completion. “You know we are all volunteers here,” Jenny told the centre’s supporters. “We are totally self-supporting. We get small grants from all sorts of people but we don’t get any big grants at the moment, so we are still trying.” 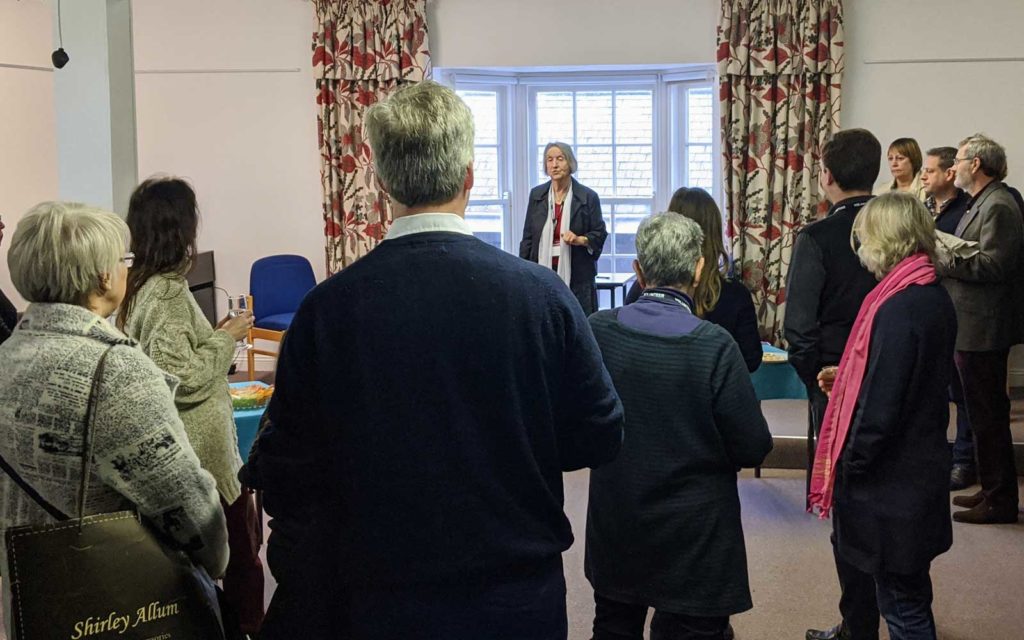 The Arts Centre has remained open during this building project and regular activities have been scheduled around the works. “It has been fairly plain sailing because the architects and builders have been very good. Financially it’s been quite difficult because of all the unexpected costs which come along, but that’s inevitable,” said Jenny.

“We were having to make sure that we had all the existing structure integrated,” said Richard. His brief included measures to prevent noisier dance routines from disturbing other Arts Centre users or neighbours. “We had to include some acoustic isolation for the room and get the sprung floor in place and get a good quality dance space into a fairly tight building.”

Richard was delighted by the guests’ reaction. “It’s so pleasing to see this now. It is best when it’s used and appreciated, and people enjoy it for what it is intended for. That always gives a good sense of satisfaction,” he said.

A few minutes after midday, Shaftesbury Mayor Cllr Tim Cook cut the ribbon to formally declare the facility open. And that meant that Jenny could relax with a glass of fizz and nibbles from the spread before contemplating this mammoth project. “The next stage will be to build us a stage workshop, which is level with the stage, so that the people who build the sets will no longer have to be outside in the rain and carry things up dangerous stairs,” said Jenny. 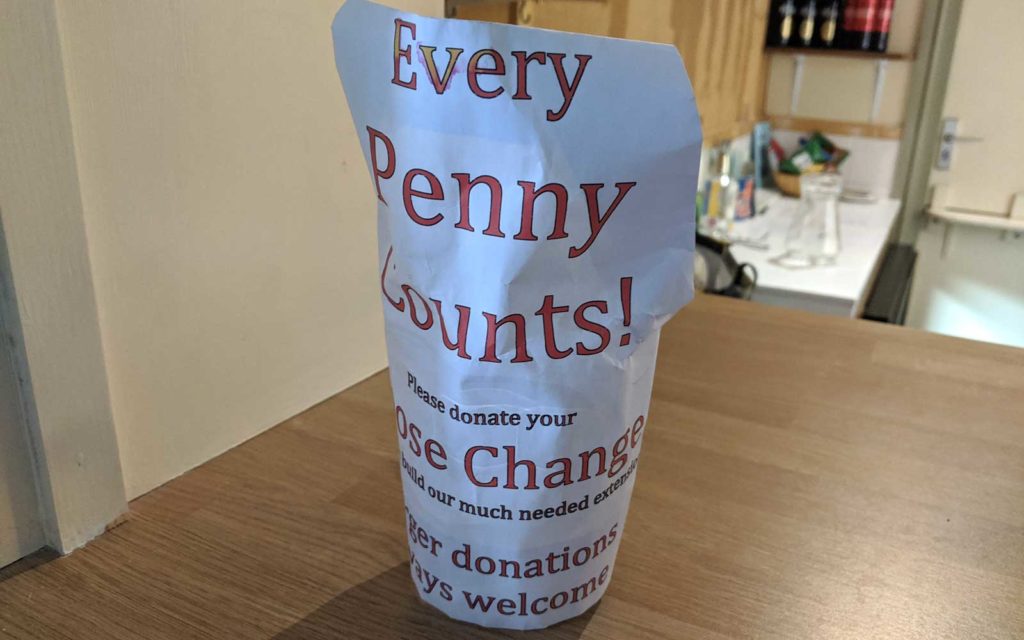 A pint glass positioned on the bar counter encouraged cash donations and reminded all attendees that there is more money to raise yet. “The whole thing will be about £1million. We are working in stages though, so we are hoping that the next stage will be in the region of £500,000,” Jenny said.