Viv Worrall has accepted the challenge, along with some well-known names in rugby. She’s hoping to raise thousands for projects being run by the rugby charity, Wooden Spoons Dorset and Wiltshire. Viv spoke with Keri Jones from ThisIsAlfred.

Viv’s students won’t mind a short pause in their Friday morning Motcombe Pilates sessions. Their leader will be working hard to help make a difference to the lives of disabled Dorset kids. When Viv goes abroad in April, it’s not for a relaxing holiday – she’s going to embark on an adventure to play the world’s highest rugby match. 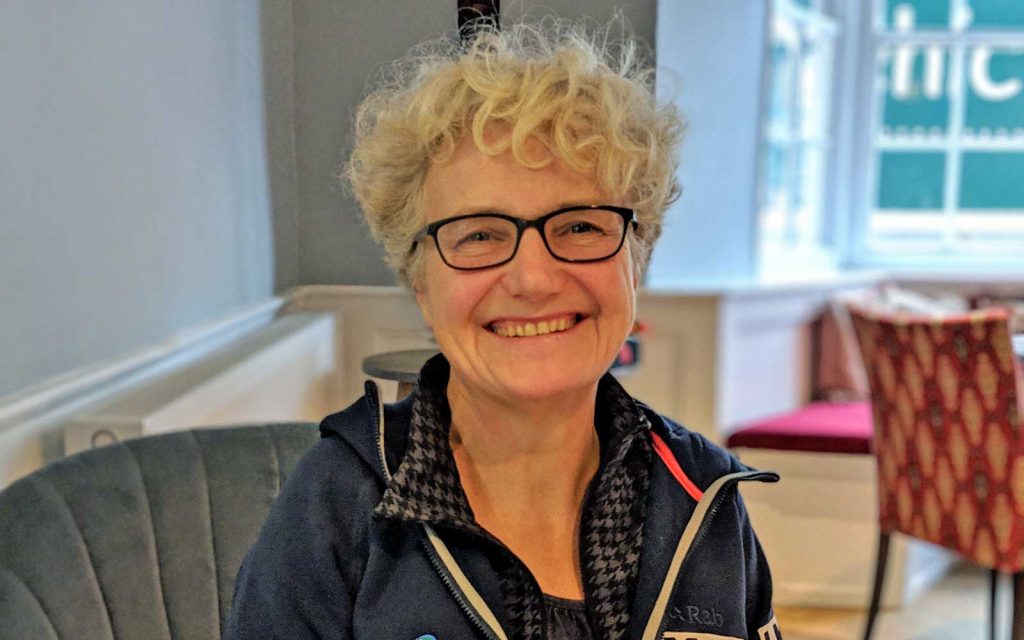 “It is a world record attempt and it is being registered with the Guinness Book of Records. So yes, it’s all got to be done officially,” said Viv. “The last ‘highest match’ was played on Kilimanjaro, which is why we’ve got to go up to Everest to go that little bit higher.”

Viv will soon head for the Himalayas. “I’m going to Tibet and then we’re going to walk from Tibet onto Everest. They will lay out a rugby pitch at 6,600 meters. There’s going to be two rugby matches.”

When Viv casually says that she’s going to ‘walk onto Everest’ it sounds so relaxed, as if she’s just strolling up to Duncliffe Wood. Of course, there’s a considerable amount of effort, training and planning required.

“We’ve got to get to Base Camp and then we’re going to go on to Advanced Base Camp, which is a lot higher,” explained Viv. “It’ll be a slow trek. We’re working with Adventure Peaks, our guide leaders. They’ve got it all set out for us, so we will have plenty of time for acclimatisation. The higher we go, the less oxygen we’re going to have and our bodies are not going to want to work as well for us. So it’s important that we take it slowly up there and they’ve given us plenty of time for that.”

The group will take five days to travel twelve miles and climb 1,300 metres between the Base Camp and Advanced Base Camp. “We will do it in sections and they will get us to climb a little bit higher. Then we come down and sleep lower, so our bodies are used to it,” she said.

Viv has been warned about some of the potential side effects of the altitude. “Lots of people will suffer from headaches. Often they can be controlled by a painkiller. If we go into mild altitude mountain sickness, then we could get dizziness, nausea and we could also be sick, so there’s vomiting involved. There could also be diarrhoea sickness as well. It can go even worse than that. We will be very much monitored. We’ll have a medical team with us. It could be that some of us don’t make it. If our bodies don’t acclimatise we can’t go any further,” said Viv, ominously.

Viv and her husband John are trying to prepare themselves for the altitude before they travel to Tibet. “We’re going to be hiring some equipment where we will be breathing at a lesser oxygen level. It’s not quite the same as being up there, but definitely a really good way to maximise our chances,” said Viv. “Apparently, we’re going to have this big tent over our bed, and we’re going to have to sleep in it. It looks like a big polytunnel-type of thing. We’ll pump that air into it so we’ll be sleeping at reduced oxygen levels as well.”

It’s crucially important that most of the group completes the trek. They need enough trekkers for a rugby match. “I believe is not going to be a full match. They are using part of the Rugby Sevens rules, so we’ll probably do fifteen minutes each way rather than the full, 80-minute game,” said Viv.

Some well-known names from the world of rugby will trek with Viv towards the ’top of the world’. “We have our lady England Captain, Tamara Taylor. I’ve already done some training walks with her. Two weeks ago, we were at the top of Helvellyn. Ollie Phillips, Shane Williams, and Lee Mears are coming. Lee is our team captain. He played for Bath and he’s my own personal team captain,” said Viv.

This formidable rugby contingent underlines the Wooden Spoon charity’s roots within the sport. “It works with children with disabilities and disadvantaged children. They do about seventy projects a year. It’s a national charity, but we have regional aspects,” said Viv.

Some of Viv’s funds will go into the national ‘pot’ but a high percentage of the cash she raises will be spent on projects in Dorset and Wiltshire. “In Dorset, we’re trying to raise enough money to get wheelchairs to take disabled children onto the beach and maybe into the sea, as well.”

So is Viv a keen rugby player? There was a pause and she smiled. “I like rugby players and my partner loves rugby. That’s how we got into it. I’m hoping to get some coaching, so I’ll be able to throw a ball about when I’m up there!”

Viv says she’s ‘up for the challenge’ although she’s not quite sure whether she likes playing rugby yet. “I think I will like playing rugby, but the challenge is also going up to 6,600 meters and then being able to play the rugby while we’re there,” she said.

Viv and John are certainly not getting a free holiday out of this. The couple will need to fund their own travel to Tibet. “It’s quite a substantial cost. I will be paying for all the costs that are incurred. But I have pledged to raise quite a large amount of money – £10,000 personally,” said Viv.

Meeting the cash target presents even more of a challenge because Viv’s partner John also has to bring in at least £10,000 in sponsorship. The couple share the same circle of friends, which is rather unhelpful. “So we’ve got twice the amount from our household to raise – £20,000. We’re on our way. People been very generous and I’m hoping they will continue to be.” Luckily Viv knows a lot of kind Shaftesbury people. She used to run Pilates workshops in the space above Enchanted Plants, before it became the Botanical Candle Company.

The airline tickets have arrived and Viv says it’s now ‘getting real’. “Our flights came through yesterday. We’re flying out on the 13th of April and we’ll be back on the 6th of May,” Viv said.

You can support Viv and John through their online donation page. The Wooden Spoon charity is also arranging a fundraising talk ‘Menopause Matters’ with author Liz Earle at Shaftesbury Arts Centre on 22nd March. ThisIsAlfred will talk with Liz about her event nearer the time.