Work to build a second community hall next to Motcombe’s Memorial Hall will begin within weeks.

The project has been awarded £131,000 from Dorset Leader, an EU-funded grant scheme. The rest of the money will come from the hall reserves. Chairman of the Motcombe Village Hall Committee, Anthony Belchambers, is pleased that the funding request has been successful. Anthony commended his colleague David Scully and the team of villagers who have managed the application.

“There have been a lot of permissions and consents to get in order to reach where we are now,” said Anthony, who cautioned that there’s still a lot to do. “It would be a foolish person who said that the hard part is behind us. I think it is going to be a lot of hard work to make sure that this building looks and feels right and that the village, in entirety, is happy with it and believes that it is an attractive addition to the recreation grounds.” 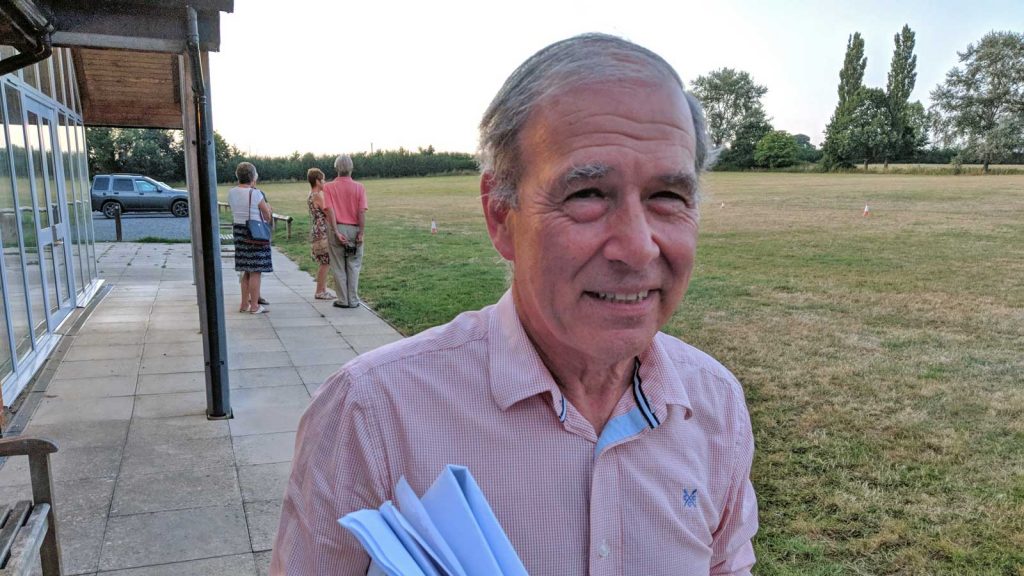 Anthony acknowledged that not all villagers are happy with the plans submitted. “There are one or two who perhaps thought ‘do we need to do this?’ But, by and large, I think that everybody that I spoke to is pretty supportive,” he said.

In a lively public meeting in July, different opinions over the orientation of the building were voiced. Some people were concerned that the proposed location could impact on the view across the adjacent recreation field. Two alternative options for siting the new pavilion-style hall were suggested. After talking with architects, the committee felt that major changes to the plans would delay the planning application and jeopardise the grant money, because of a tight application deadline.

“In terms of location, there are many arguments on both sides about where the best location is and the trustees came to the view that it would be the best location,” Anthony said. But he says there is still scope for locals to influence the interior layout and decoration of the new building.

“We’re having a meeting with all the user groups to get their views on what they would like internally in the hall. We want to know how they want to match up the loos with the storage space, what lines they want on the floor and that sort of detail,” said Anthony. “There will be a real conversation and we’re really keen to do what they want, so it will be fit for purpose. I really do hope that people will commit ideas so we can take this forward in a way that is really going to work for the whole village.”

Anthony feels that that the majority of villagers are happy that the grant has been awarded. “People haven’t come knocking on my door,” he said, “But when I have seen people on a spontaneous basis they are pleased.”

27 groups regularly use Motcombe Memorial Hall and compete for space. That was one of the reasons for developing a new, separate building. “The user groups are happy because, as far as they were concerned, there were growing clashing dates and diary problems. Having this surplus space really means that should, in a large part, go away,” said Anthony.

Anthony believes that the extra facility brings something special to Motcombe. “We will be one of the few villages that has a dual location like this. People may want to use it because they want to use both spaces. I think it’s going to enhance one-off events, like weddings, where quite a lot of people are involved and they want different venues for different purposes. To that extent I think it will prove attractive,” said Anthony.

During the public meeting to discuss the plans, Anthony outlined some of the challenges in delivering this scheme during the winter months, because of Motcombe’s clay soil becoming waterlogged. “With a bit of luck, we might be able to get started in October and get some of the ground work done. My fingers are crossed,” he said.

So, if all goes to plan when will this new facility be ready for use? “I would like to think that we can have it up and running in April or May, but it is so weather dependent. It’s not a complex building but on the other hand we want it to be substantial, meaningful and to look right. There is going to be a certain amount of build quality that has to be addressed.”

Anthony welcomes approaches from groups in other villages who are considering similar community hall projects and who wish to understand the commitment required. “We’d be more than happy for anyone to approach us and discuss it with us. We’ve had to talk with the Charity Commissioners, discuss it with grant authorities, talk to planners and hold village consultations and meetings with user groups. There’s a lot of groundwork that has to be done but all I can suggest is that if anybody is minded to do something similar that they can have a chat.”