Two Motcombe residents have been honoured for their longstanding commitment to fundraising and village life.

Tom and Brenda Crabbe are both very proud that their fundraising efforts have been recognised. “We went to the Parish Council meeting and we unveiled the plaque. There were three of the old parish councillors there that were on the council when Tom served. It was quite a nice event. We were pleased with it,” said Brenda. 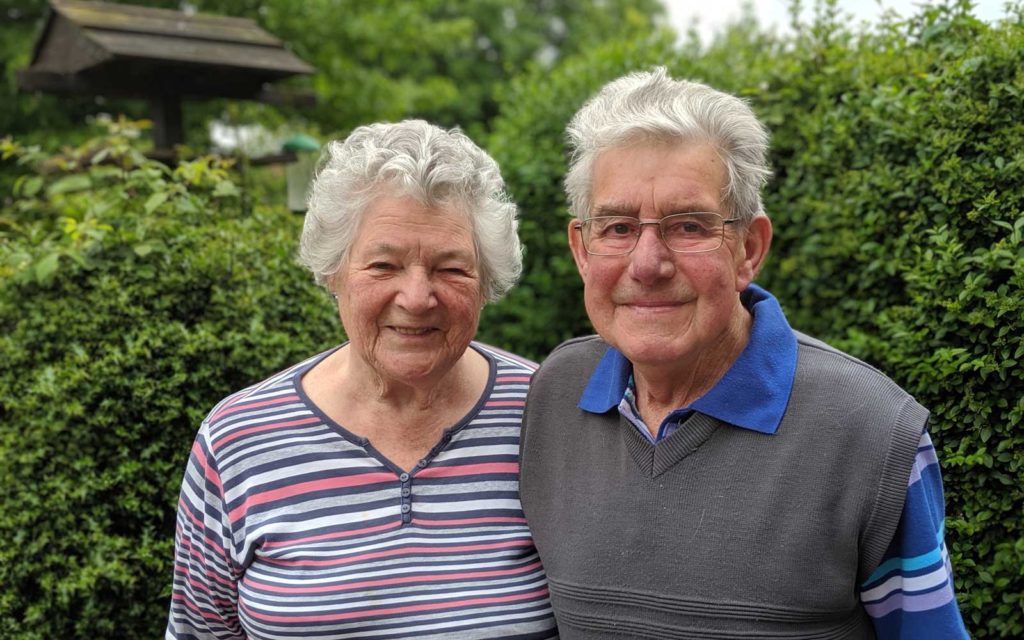 “I was very emotional about it, but it was a very good introduction to other people to show what we have done for our village,” added Tom. “I love the village and we will give anything to the village.”

The Crabbes have helped most of Motcombe’s institutions over the last six decades. Tom helped to enhance the Motcombe Memorial Hall facilities. “We raised money to have a new kitchen. Dave Sheen, Don Cutter, Don Fudge and myself built it and we did it at night for nothing,” said Tom. “Somebody gave us all the bricks. We had a lot of timber ‘cheap’. We built Motcombe Village Hall’s first proper kitchen.”

Tom also arranged for additional names to be added to the village’s war memorial and the couple are well-known outside the village for their major contribution to their favourite charity. “We’ve raised £46,000 for Cancer Research. We always had our garden open and coffee mornings,” said Brenda.

The Crabbe’s garden is indeed a legendary Motcombe fundraising venue and it’s home to their acclaimed garden lunch each summer. It is a glorious, flower-filled acre stretching behind their house, Tomenda, on Motcombe’s ‘The Street’. “The first ever coffee morning we had here was when the famine was in Ethiopia and that was somewhere back in 1972. That was organised by Sara Jacson,” said Tom. 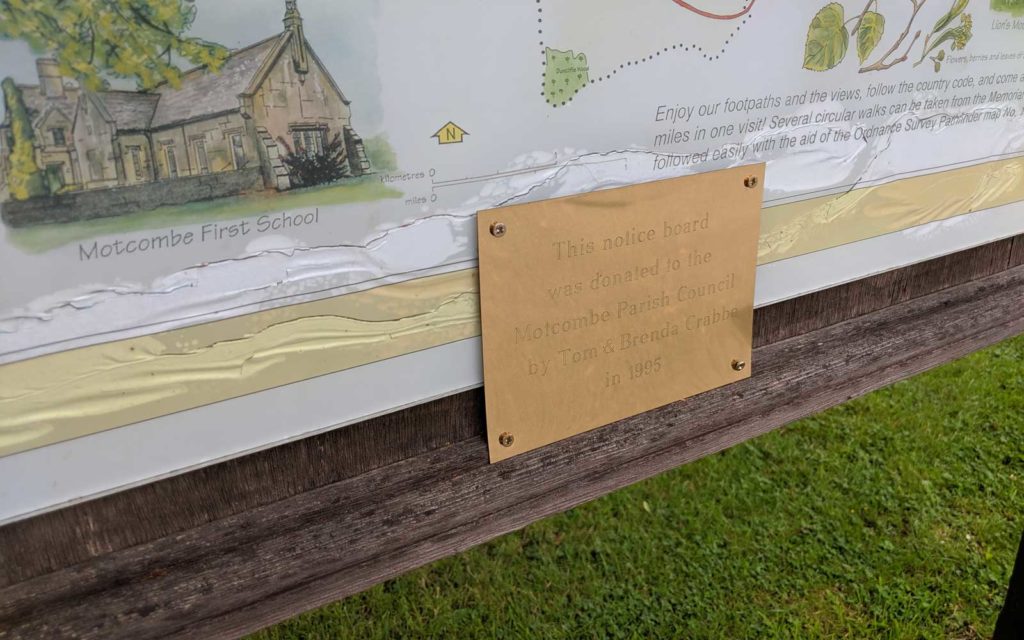 Their home of 58 years has certainly been at the centre of village life, especially when Tom was co-opted onto the Parish Council in November 1977. Important council decisions were made in the couple’s lounge! “The Parish Council planning meetings were always in here and there were seven of us that used to decide on what was going to be what. Then we would put it to our own meeting the following week. We used to always have a drink afterwards.” No members of the public could attend those private meetings. “In the later stages, we did have it down in the village hall,” added Tom.

Tom was well supported by an experienced officer when he took on the chairmanship role, a position he held for fourteen years. “Claude Stainer was my Clerk. He had already done fifty years. He was a wonderful man. He was village through and through,” said Tom. “He was Sexton at the church. He ran the post office and an undertaking business. Stainers were the village builders. They built all the red brick ones going up the lane, straight opposite where we live.”

Planning matters can prove controversial and Tom remembers presiding over some contentious developments that concerned villagers. “The first was the nineteen houses at Stainer’s Mead, which was named after our parish Clerk and his family. They owned the field at one time. Then the next one was Hunter’s Mead, where there were 29 homes. It caused a lot of aggro because they said it was too many houses crammed up at the bottom of Elm Hill and there was dangerous access coming out on that road,” said Tom.

“It’s all worked out fine in the end. There were the ten homes that went in where the garage was, Glebe Gardens. They were upmarket houses and they didn’t cause quite so much bother for me in the Parish Council as the big development did,” he added.

Brenda was born in Motcombe almost 80 years ago. “At 77, North End. I stayed there until we were married in 1961,” said Brenda. She says the greatest changes she recalls have been the new homes and the loss of businesses. “I can remember when there was no houses up Elm Hill where the council houses are. I can remember that when it was fields. I went to the village school when I was five. The headteacher was Miss Storey.”

She also remembers more shops in Motcombe when she was a girl. “There was one on Gray’s Close. That was Tommy Gray, who had a little wooden hut and he used to sell most things. Then there was our own village shop. The Post Office was down at the bottom of the village and we had the bakery, up the top of the hill. Mr Higgins, he sold lemonade, crisps and Tizer. There was a butcher shop too. Mrs Greenwood was down the village and she sold cigarettes and things,” said Brenda.

Tom also remembers long gone shops. “Miss Stacy and her family lived opposite the village hall. They started selling their own meat and killing their own pigs down there. Before the war, they used to sell petrol in cans and always kept it in a dugout. I had to go down the steps, like a cellar, to get petrol because it was very dangerous.”

There was also a saddlery and two blacksmiths in Motcombe. “There is still one here now and he’s a good blacksmith, but he’s tied up with Salisbury College,” said Tom.

Tom and Brenda ran a construction business and Tom often had to juggle his day job with Parish Council duties. “Quite often Brenda used to say, ‘whatever are you doing? We got the firm to run’.”

Tom had fourteen men on his payroll but there was a bigger employer in Motcombe – Prideaux’s. “There was a bacon factory and they made cheese and butter. There was an egg packing factory that employed people too. They slaughtered the pigs. That closed in 1967. I left then, because I was expecting our daughter and then it was taken over by Case and Sons,” said Brenda.

The couple live in a home that was once tied to the bacon factory. “All these belonged to it,” said Tom, pointing outside. “These were built in 1932 and those others were 1929 and all those up the lane were built in 1926.”

Both Tom and Brenda say that the 1977 jubilee celebrations, which coincided with Tom joining the council, provide some of their fondest memories of Motcombe life. “All the children had mugs. We had a village tea that everybody brought to share, and it was a lovely occasion,” said Brenda.

“We had a bonfire, a beacon up on top of the hill, and a barbecue at the farm after the tea party,” recalled Tom. Everybody went out there and Roger Brown bussed a lot of them out there because they couldn’t get up there. They didn’t have cars, so they were bussed up to North End where Brenda was born.”

Even though Motcombe has expanded recently, Brenda believes that the strong village spirit that she remembers from childhood is returning. “We’ve got a good Garden Club, a good WI, a Bridge Club and quite a lot of activities that people do support. I do think that, in the last five or six years, it has come together more. We just had a lovely fete, which was organised by Scott and Barney. It really was how it used to be in the olden days,” said Brenda.

Brenda still loves the village where she was born and married. Tom, who hails from Iwerne Minster, says he also loves Motcombe and that’s why the council recognising his and Brenda’s contribution with a plaque means so much. “This to me is somewhat special. I don’t really want to leave Motcombe at all,” said Tom.