A member of Shaftesbury’s fire crew is hoping to turn his fitness passion into a profitable business. Jack Lever opened his Hawkers Hill Gym on Monday.

On Monday morning, Jack Lever gave his first client a tour of the newly opened fitness facility. It was a moment Jack had been looking forward to for three months. “When we had the customers come through the door and I was showing people around and explaining everything that I have put together, it was quite a proud moment,” said Jack.

I suggested that kitting out and opening a fitness venue at the age of 23 means Jack could inspire other young Shaftesbury entrepreneurs. He modestly dismissed that idea. He says he has had lots of help and he has been actively searching for suitable premises for a while.

Jack found the perfect, central location next to the Thai restaurant on Wincombe Lane. He knew the building well, because he used to study plumbing here. That training has helped him reduce start-up costs as he plumbed in the showers himself. 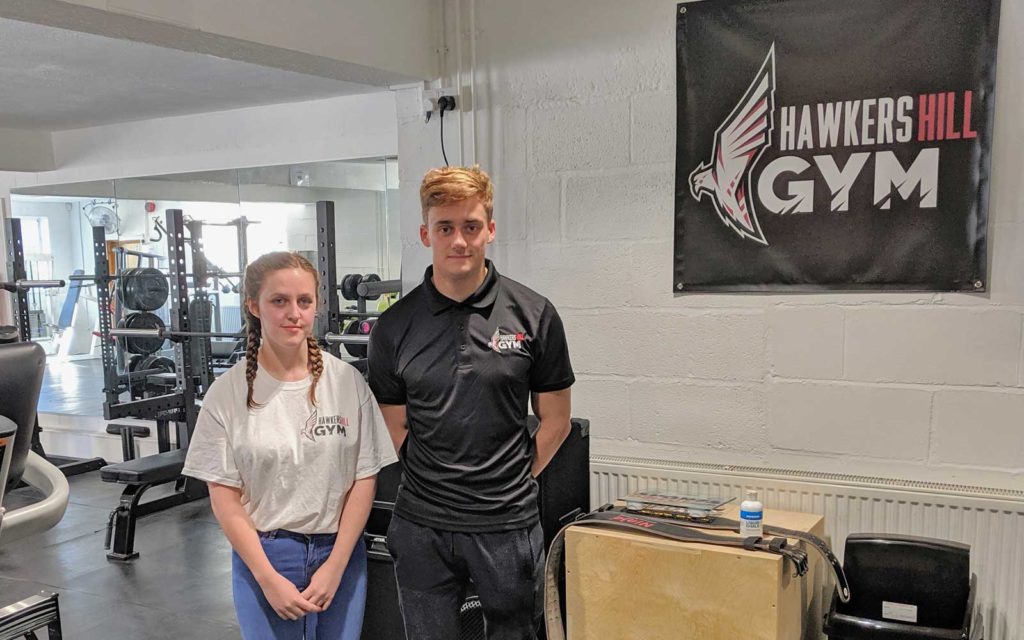 Although this is Jack’s first week of operating a commercial gym, this business grew out of his former, professionally equipped but private operation. “I’ve run a private gym, originally from my farm, Hawkers Hill Farm. I loved it. That made me decide to make it my full-time job,” said Jack. And that explains the business name. His loyal members have come with him on this journey up the hill. “I had a fair customer base there and everyone’s moved with me.”

Jack doesn’t think that turning an interest into his source of income will dampen his enthusiasm for fitness. “I love it. I’ve always done it. I can’t see myself giving it up,” said Jack.

“That shows in how he is running it so well,” added Alex Gilbert. As Jack’s partner, she’s clearly proud of what he has created. “Everyone who has come in has said that he really seems passionate about it. A lot of care and love has gone into it.”

Shaftesbury is only a small town. A few years ago, a new gym’s chance of success here would have been marginal. The costs of marketing in order to find members would have made deep inroads into any venture’s launch budget. But, like many of our town’s entrepreneurial businesses, Alex has embraced social media to get the message out. “I have a full-time job elsewhere, but I run social media. I do Facebook and Instagram,” she said.

I was interested to hear what pictures would create a buzz about a new gym. It’s a very different photographic subject to the products of Coconut and Cotton or Botanical Candle Co, who have both harnessed the promotional power of Instagram. Alex says she hasn’t started posting pictures of biceps, yet. “Maybe, eventually” she laughed. “So far it has just been the equipment. What we’re doing.”

I wasn’t entirely sure of the techniques that Jack had described but I understood that he has trained his body to incredible strength. Travelling to take part in these power lifting competitions has also helped Jack appreciate the qualities of a good gym. “When I was involved in power lifting, I went to these competitions or on courses and met people. A lot of them have set up their own gyms. I got a lot of guidance from people that had already done this,” Jack said.

With his interest in weights, you might expect Hawkers Hill Gym to be full of serious, iron-pumping clients. But Alex says that she and Jack don’t want anyone to feel intimated. “From the first post we put on Facebook, we said it was a very inclusive gym, for anyone with any goals, of any strength. Start where you want to start and build up,” said Alex.

Jack said he would help clients achieve the results they are striving for, whatever they are. “I will be doing personal training and providing programmes and guidance for people. Most of that will be established in a few weeks’ time, once I’ve got the gym up and running. I’m mainly doing this on my own, with help from Alex and a few other people. I don’t quite have the time to give everything my full attention. I don’t want to half measure anything. I’m just going to do what I can and build up to stuff like that,” he said.

Jack is a retained crewmember at Shaftesbury Fire Station, which means that, when he is on call, an emergency ‘shout’ could come at any time. But Jack says he can work gym appointments around those 999 calls. “I can book off from the Fire Service when I have to. It won’t sacrifice my customer service here. I’ll still be able to provide the service I can and, in the downtime, I will cover for the Fire Service.” 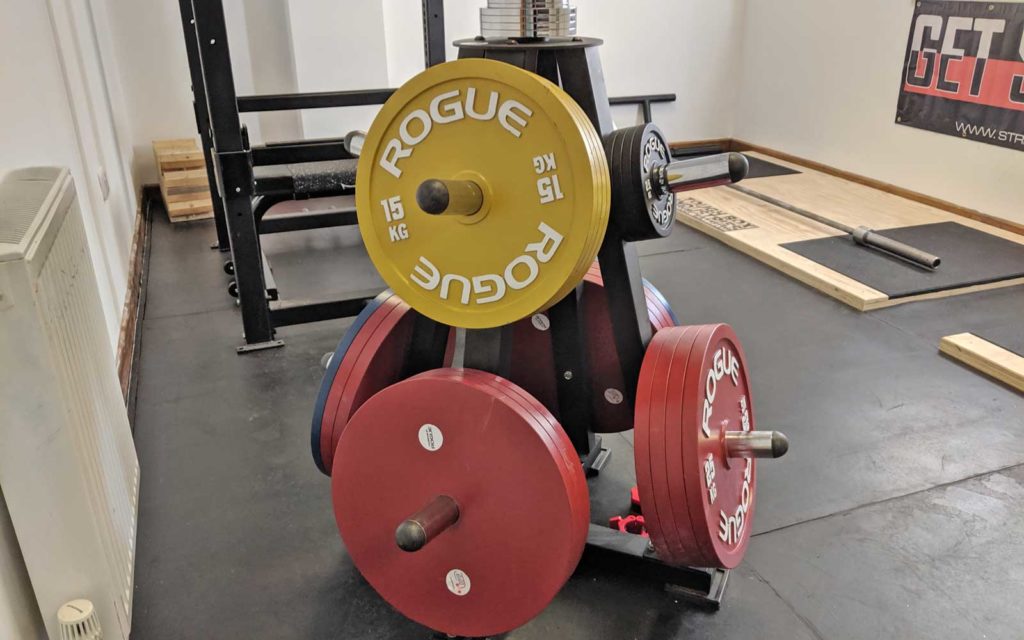 The Fire Service training is extensive, and Jack says it has been helpful for his new role. “I think I owe a lot to that. It gave me motivation. You learn a lot from doing all the tests that they put you through.”

There is already a small gym set-up at Shaftesbury Fire Station. “It’s actually mostly my equipment that I’ve collected and put there for everyone to use,” said Jack. And he’s expecting the men and women of the crew to enquire about membership. He anticipates that they will want discounts.

As well as helping with the new gym’s marketing, today’s technology also allows customers to make use of long opening hours without the need for staff on reception. “It will be open at 5am every day. It is ideal for people that want to go before work. I’ve got a lot of friends that go just after five, due to work and life constraints. It makes it a lot easier for people. We close at 10pm,” said Jack.

“The gym is going to run on a key fob system, where you can either use your phone or a key fob to scan in. Sometimes it will be unstaffed. We’ve got measures in place to prevent anything happening, CCTV and emergency contact phones. You can always get hold of someone if you need help or assistance,” he added.

It was only day two, so perhaps it was a little too soon to ask Jack whether he had plans to expand and open additional gyms one day, but I asked anyway. “I can only hope, but we’ll stick with this to start with,” he smiled.