Shaftesbury Chamber of Commerce aims to make it easier for pop-up shops to fill empty town centre premises. They have created pop-up lease paperwork, which should meet landlord requirements and help locals who want to try out new retail ideas.

There are fewer empty shop units in Shaftesbury compared to some Westcountry towns. “I think Shaftesbury is doing very well,” said Julian Alahakoon, who heads up the Commercial and Agricultural Department at Farnfield Solicitors’ Shaftesbury offices. “It’s always sad when long established businesses disappear or when empty shops arise. But in terms of percentage of empty shops compared to occupied shops, Shaftesbury is definitely bucking the trend. You also can look at the quality of the retailers, including new retailers, who have come into the area. And there are independents that offer something different.” 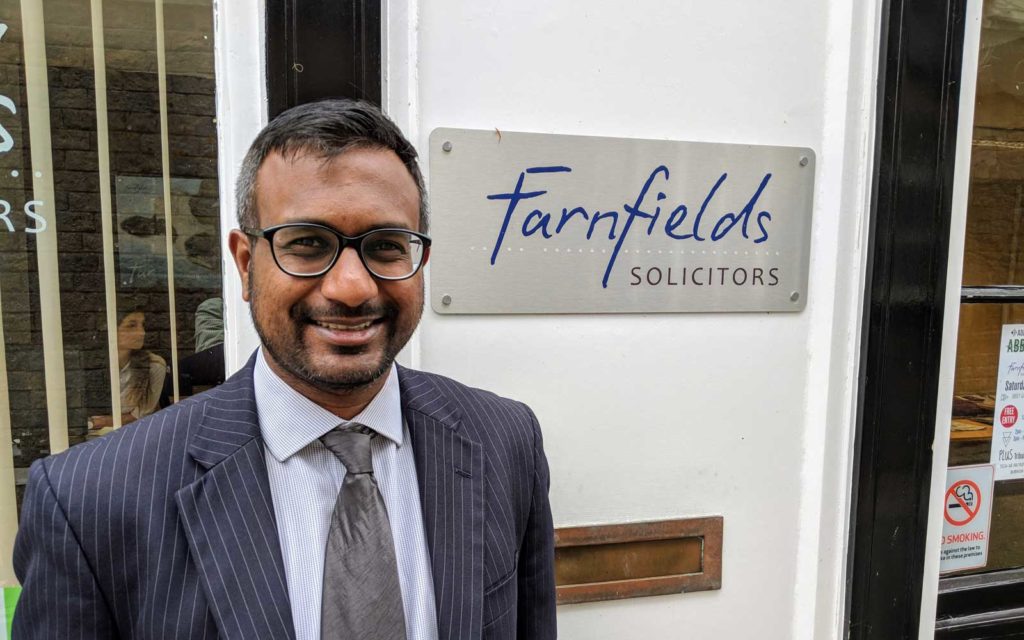 Shaftesbury Chamber of Commerce Chair Virginia Edwyn-Jones says her committee wants to do everything they can to keep our town centre vibrant. Potential shopkeepers without previous retail experience are often discouraged from entering into long-term lease commitments. Virginia says she was inspired by a big-city solution for flexible, short-term leases.

“They do this for huge new office buildings in London, Paris and Tokyo. A friend of mine was involved with this at one stage. I thought it could work for our little town, so I spoke with Julian at Farnfields Solicitors. He is one of our prominent commercial lawyers and he said he was happy to help.”

“There are a lot of pop up shops that have been very successful in larger towns and cities,” confirmed Julian. “Being an experienced commercial property lawyer who has worked in cities and in a rural location, I see no reason why this couldn’t work in the area.”

Virginia says the brief was simple. “A draft, short-term lease to make it easy for landlords to consider letting their properties for short-term and pop-up enterprises,” said Virginia, who believes that it offers a solution for property owners. “For landlords, they have somebody looking after their property and it’s not empty. People can see what it looks like when it is in use and it may give them an idea about taking long-term.”

Mrs Edwyn-Jones says a short-term arrangement could appeal to new traders as well as existing businesses. “It may be people who are looking for experience in what it is like to have a shop. Alternatively, it may just be somebody who has excess stock and wants to have an opportunity to sell more of it directly to the public, rather than at wherever their business may be based.”

“It’s also an opportunity for landlords to potentially see if a tenant and their business may work long term. I see it as a positive for both sides,” added Julian.

Julian and Virginia have produced an off-the-peg legal agreement which Julian says covers most landlord requirements. Virginia wants potential traders and landlords to use the Chamber’s template.

“They would have access to the lease as a Word document. It would only ever exist in draft form, because it would need to be crafted so it is specific to the property and the tenant,” explained Virginia. “We would also supply information about planning, rates and licences. Landlords would have the information immediately available to them. So, if somebody wanted to do a pop-up bar in a commercial property that did not have a licence for that kind of thing, the landlord would know what the implications would be for them.”

Virginia says this useful resource will be given free to landlords and would-be businesses if they agree to support the community and join the Chamber of Commerce for a year. “We will give them the information they need up-front, to make it as simple as possible for them to make that decision. In return, we would ask for a donation of £40 for the use of the lease, which is the cost of a year’s membership of the Chamber of Commerce.”

Julian says many people take a swipe at landlords for being inflexible or charging too much. He thinks some criticisms are unfounded. “I think landlords are very easy people to target and say they’re charging too much rent. I think the real problem for small businesses is the business rates. Let’s hope in the future more smaller businesses can get more business rate relief,” said Julian.

The pop-up shop lease would be for no longer than six months. “If you’re looking at arrangements that go on beyond six months, you should be looking really at a short-term lease. Even in leases, you can have break clauses so the tenant can leave the premises upon giving reasonable notice.”

Julian says that there is complex legislation called the Landlord and Tenant Act of 1954, which means that pop-up leases can’t easily exceed half a year. “It’s all about making sure that people don’t suddenly get sitting tenant rights in respect to commercial leases.”

Virginia says it is important for the chamber to consider new ideas. “We do need to encourage people to think more flexibly. There is a lot of talk about what is going to happen with the high street. A lot of us think that our little high street is very well placed to respond to whichever way things go, because we are small and we don’t have many nationals. We have a predominance of independent shops,” said Virginia. “One of the key benefits of an independent business is that you can see what’s happening and respond to it. You are flexible and you can change things quickly. We do have to encourage people to be brave and to think differently.”

And Julian agrees that Shaftesbury’s independent shops are a draw. “One of the things that appeals to a lot of people who come and work for us is how lovely Shaftesbury is and having a lovely market, with lots of interesting independent shops, makes it very appealing,” he said. “I think that the people of North Dorset are very creative, very passionate, and have a whole variety of different interests. I’m keen to see the types of shops that will hopefully fill the voids in Shaftesbury High Street.”

If you are a landlord or a potential shopkeeper, you can contact Virginia at chair@shaftesburychamber.co.uk.